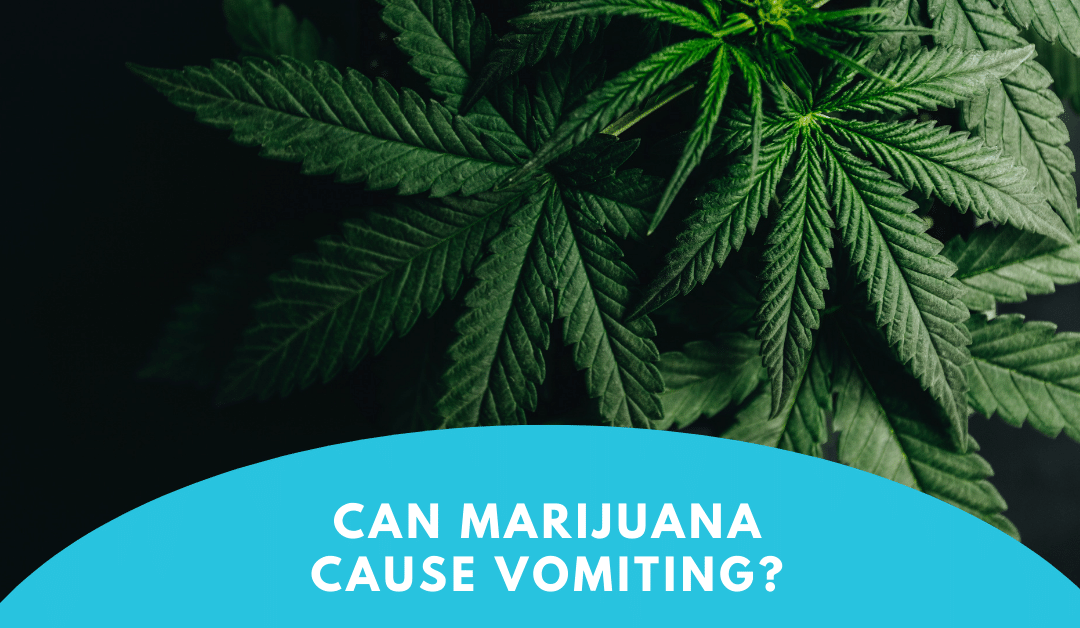 Most people believe that smoking or ingesting marijuana has no side effects, which is inaccurate. I have written before that smoking marijuana or eating tetrahydrocannabinol (THC) edibles might worsen adrenal fatigue. Rarely do some people become nauseous and/or vomit (sometimes severely) when they smoke or consume marijuana. However, it does occur and is called cannabinoid hyperemesis syndrome. How can smoking or ingesting marijuana or CBD oil make you violently vomit, and can anything be done about it?

What are the known symptoms of cannabinoid hyperemesis syndrome (CHS) (symptoms of CHS are more severe during the morning):1 2 3 4

Like migraines, CHS has different phases. During the CHS prodromal phase, which might last years, after smoking or consuming marijuana or taking CBD oil, you might have some or all of the above symptoms. However, your symptoms would have a milder clinical presentation. The prodromal phase can last for months or years. Hot baths and/or showers might temporarily relieve symptoms, but some people have to bathe in hot water for a few hours to see relief. If you continue to smoke, consume marijuana, or take CBD oil, you will likely eventually move on to the CHS hyperemetic phase.5 6 7

Cannabinoids are known to have antiemetic properties, but why, for certain people, does it cause them to vomit when they smoke or consume marijuana violently?

We do not fully know why yet. We also do not understand why long-term cannabinoid intake for some people causes CHS. However, there are a few potential theories.

Tetrahydrocannabinol is a fat-soluble cannabinoid that can be deposited in your fat stores over time when taken in, accounting for THC’s long half-life (up to sixty hours). THC having a long half-life might explain why CHS is mainly seen in long-term users of marijuana because THC levels in the body may build up over time and reach toxic levels, which presents itself as CHS. A person’s genetics and epigenetics might play a role in one’s THC detoxification speed by the body and the possible development of CHS concerning how much THC they take in over time. High doses of tetrahydrocannabinol or toxicity can rarely create a proemetic paradoxical effect by enhancing dopamine signaling at the chemoreceptor trigger zone triggering vomiting. Finally, “during the hyperemetic phase, persistent vomiting drives lipolysis, releasing lipophilic THC stores and fueling a proemetic feedback loop exacerbated by starvation ketosis.”11 12 13

In addition, constant TRPV1 receptor desensitization from the use of marijuana, THC, or CBD-containing products might be a cause of CHS:14

“The transient receptor potential vanilloid 1 (TRPV1) receptor, located in the periphery along with certain areas of the CNS, may also play a role in CHS. TRPV1 is a nonselective cation channel with calcium preference; it opens to ligand binding or stimulation. There is a high density of TRPV1 receptors in the area postrema known as the “trigger zone” for emesis. Endocanna­binoids (anandamide) along with exogenous cannabinoids (cannabidiol [CBD], cannabidivarin) are TRPV1 agonists. To complicate the picture, TRPV1 agonism appears to be proemetic when ligand concentration is low, but antiemetic when ligand concentration is high . Extreme stimulation can desensitize TRPV1 and be proemetic. TRPV1 desensitization may occur because signaling by substance P and CGRP has been disrupted, resulting in a lower density of substance P receptors in the brain regions associated with vomiting. Opening the TRPV1 channels may impair substance P signaling in the vomiting center of the brain by overstimulating TRPV1, which then results in antiemetic effects. Thus, desensitized TRPV1 receptors may promote emesis [which someone who frequently uses marijuana their TRPV1 receptors are desensitized from anandamide but not capsaicin found in hot peppers] while opening TRPV1 channels may be antiemetic.”

From the same study:15

“There have been anecdotal reports that changing the variety or strain of botanical marijuana can mitigate or even alleviate CHS. It has been suggested that CHS may – in whole or in part – be the result of pesticides, toxins, or other substances accumulated on the plants during growth and harvest. Chemical residues on the plant can transfer to mainstream smoke with up to 60 or 70% inhaled via unfiltered glass pipes. Cannabis concentrates, made from leftover leaves and other waste products from the plant, are sold to “dab” onto cannabis for smoking; these dabbed-on cannabis extracts may contain 10 times the pesticides of the buds. While pesticides are an unlikely explanation for CHS, they may be a contributing factor to symptoms.”

Finally, adrenal fatigue, which THC use may cause or worsen for some people, especially chronic use, might also contribute to or cause CVS:16

The only way we know someone can find relief from CHS and move on to the recovery phase is to stop using marijuana, hemp oil, or CBD oil, possibly permanently.17 18 19

During the hyperemetic phase, hot showers, capsaicin cream applied to your abdomen (two to four times daily), and Epsom salt hot baths might also help. If possible, maintain proper oral hydration, and consume a good electrolyte powder mixed well with water. If you are severely dehydrated (your urine is very dark, your eyes are sunken in, or if you stop urinating), go to the hospital immediately and get IV hydration with a lactated ringer solution. While at the hospital, ask your healthcare professional about supplementing with magnesium during your stay.20 21 22

Once you stop vomiting and are hydrated, supplementing with Jarrow Ubiquinol with PQQ might help improve your mitochondrial function, relieve oxidative stress, and improve your recovery phase outcomes.

Ginger supplementation and Zofran use might help relieve symptoms as well.23 24 25