Burning Mouth Syndrome, What Is It and How to Hopefully Find Relief 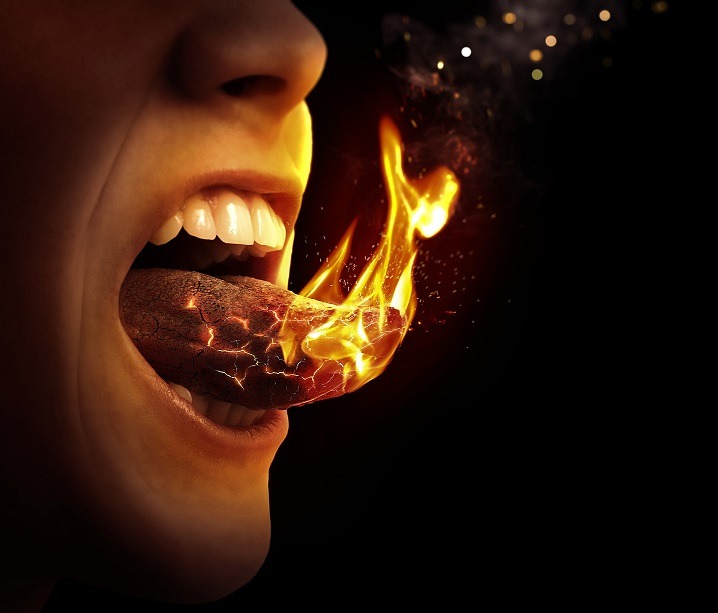 Burning Mouth Syndrome, What Is It and How to Hopefully Find Relief

One day you wake up, and your mouth is a little more dryer than usual. You think nothing of it, but later you discover you have altered taste and smell as well. You notice in the afternoon that you have a burning sensation in your mouth, that becomes somewhat painful as the day progresses. You go to bed hoping it gets better, thinking maybe you drank too much a few days beforehand or that you had reflux the night before, perhaps those caused the pain? For the next few weeks, the symptoms wax and wane, and you develop more symptoms including anxiety, digestive problems, and insomnia. You begin to wonder if something is genuinely wrong and what you should do about it. You visit your doctor who sends you to a dentist who discharges you with a clean bill of health. You are later diagnosed with burning mouth syndrome by your doctor as a catch-all condition months later much like irritable bowel syndrome, and you leave with an antidepressant prescription which brings little relief. So what are the multiple possible causes of burning mouth syndrome and how might one find relief?

What are the Symptoms of Burning Mouth Syndrome?

There are a multitude of different symptoms of burning mouth syndrome and the majority of the symptoms differ between person to person and are strongly subjective. The degree of the severity of the symptoms also varies in magnitude and frequency. For many, the symptoms of burning mouth syndrome are at their minimum during the morning and increase in severity during the day. The symptoms of burning mouth syndrome for some maybe negligible during sleep, similar to silent reflux; however, up to sixty-five percent of people suffering from the disease can have daily continuous symptoms. Symptoms of the condition may be relieved while eating and drinking. Burning mouth syndrome also has a much higher chance of occurring in the elderly (75+ years old) with it occurring 1,598 cases per 100,000 people in the United States or forty-four percent of all cases. For comparison, it occurs in 609 cases per 1,000 people or nineteen percent for all cases in young adults between eighteen and thirty-four. The condition “exhibits significant female predilection and the ratio between females and males varies from 3:1 to 16:1 in various literature studies.” People of Asian and Native American ancestry have a greater chance to develop the condition and people who have African heritage are the least likely to have burning mouth syndrome. Finally, “symptoms occur continuously for months or years without periods of cessation or remission, with some reports suggesting an average duration of 2 to 3 years,” and even some cases lasting ten to twelve years!1 2 3 4 5 6

“The pain of burning mouth syndrome is generally located bilaterally and symmetrically in the anterior two thirds of the tongue, followed by the dorsum and lateral borders of the tongue, the anterior aspect of the hard palate, and the labial mucosa of the lips, and occurring in multiple sites. Other less commonly reported sites include the buccal mucosa, floor of the mouth, hard and soft palates, and the throat. The sites of pain do not seem to affect the course of the disorder or response to treatments.” The symptoms are usually spontaneous for most people with no immediate identifying factor as to why they develop in most cases. However, some people who develop burning mouth syndrome report that they either had an upper respiratory infection, had a dental procedure, or took certain medications including antibiotics right before or when the symptoms started. “Symptoms of BMS have been reported in higher incidence in persons with significantly heightened perception of taste, increased number of fungiform papillae, and potentially the presence of TAS2R38 gene polymorphisms.” Finally, alcohol consumption, smoking, and ingesting spicy food may or may not worsen the condition.7 8 9 10 11 12

Diagnosis is usually made from an oral examination, medical history, and from symptomology by a dentist, oral surgeon, or primary care physician. Blood tests (complete blood count, fasting glucose, inflammation [hs-CRP, sedimentation rate, abnormal antinuclear antibody, and rheumatoid factor], nutritional deficiencies [iron, zinc, copper, magnesium, calcium, B1, B2, B6, folate, vitamin B12, vitamin D], and thyroid), oral microbial cultures and examination (fungal, viral, parasitical, or bacterial), viral antibody testing, oral biopsy, allergy tests, salivary measurements, tests to determine if reflux is occurring, medical imaging (MRI or CT scan), and a review of your medications and supplements might be performed to hopefully establish a cause of your condition. Diagnosis of the condition might be difficult because its symptoms match many other health conditions and widely vary. Finally, “In a study by Mignogna and colleague it was reported that the average delay from onset of the symptoms to definitive diagnosis was 34 months“.20 21 22 23 24 25

What are the Possible Causes of Burning Mouth Syndrome?

Within the Oral Cavity

Finding relief from burning mouth syndrome might be difficult because there are so many different potential causes of the condition. However, I am going to give you some advice on how to figure out what might be causing it for you and supplements and lifestyle changes that seem to improve the condition.