C60 Fullerene “Buckyballs”: The Most Overpriced Supplement on the Market? 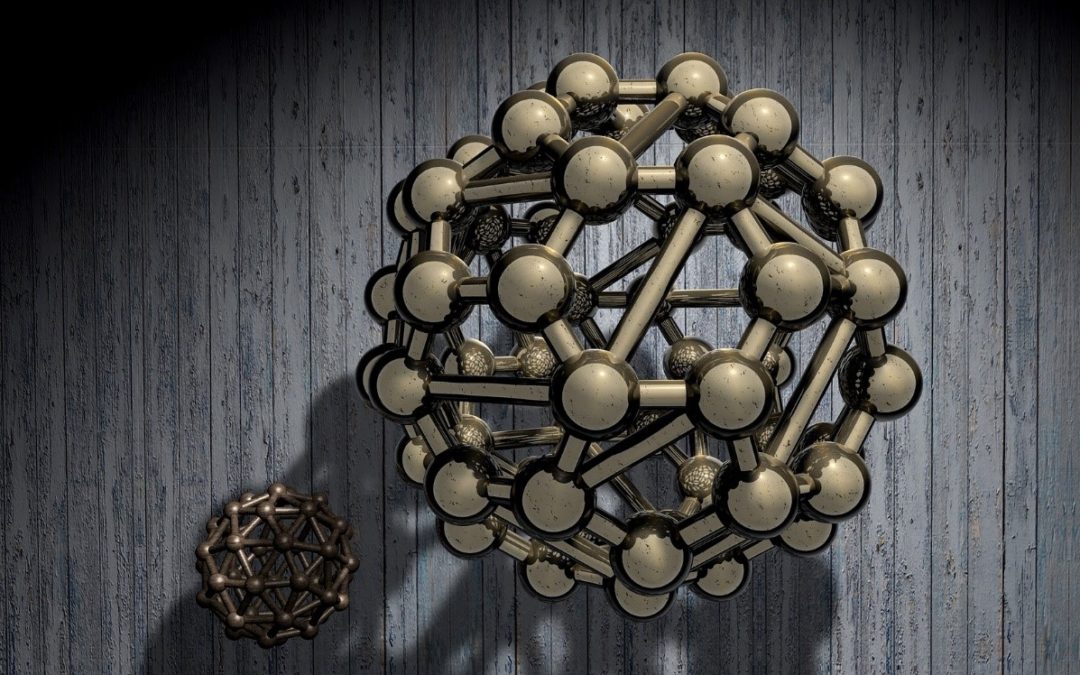 The anti-aging marketing machine has picked up C60 Fullerene molecule claiming that it will improve memory, decrease recovery time between workouts, increase your lifespan, kill bacteria and viruses, and of course, they must throw in weight loss claims into the mix too, right?  If you have ever looked at the cover of an organic chemistry textbook, you can tell that the molecule is highly fat soluble.  So, how much does a solution of C60 Fullerene and olive oil set you back?  Somewhere in the range of $20 – $60 USD.  So, is it worth it?

Although it’s been theorized about since the 1960s, a research team working at Rice University was the first known group to transform graphite into C60 Fullerene.[cite harvard]  It was named for the American architect, Buckminster Fuller where we get the names “buckyball” and “fullerene.”[cite popsci]   The research team claimed that the applications for this molecule were endless, but so far, its only two practical applications have been as a material used in a contract material for MRI and as an anti-aging supplement.[cite researchgate]  It’s been proposed to be used alongside verteporfin (a photodynamic drug used to treat certain cancers) to scavenge free radicals, but the medical community hasn’t shown much interest.[cite pubmed]  C60 Fullerene has also been proposed as a drug delivery system, but given the method of synthesis, and the digestion/metabolism of the compound, it’s unlikely that it will ever have any value in that area.

There is very little research into C60 Fullerene as a beneficial, dietary supplement.  There are two key animal studies that have been used by supplement companies to support a wide array of health claims.  The first study comes from The University of Washington in St. Louis, Missouri and was published in 2006.[cite semantic]  Once the mice were exactly a year old, the researchers started giving mice 10mg of C60 Fullerene for every kilogram of bodyweight to the experiment group, and water with food color to the control group.  They let the mice live out their lives until they died of natural causes.  The mice that were given C60 Fullerene lived an average of 27.5 months, and the mice given water with food coloring, lived an average of 24 months.  They also ran the mice through mazes to see if the compound influenced cognition and found that in the last month of the treated mice lives, they tended to go through the maze quicker.  They published that the mice had an 11% increase in lifespan and attributed the compound to all sorts of other health benefits.

The second important study was done in 2012 by the French researcher, Fathi Moussa.[cite sciencedirect] The study produced positive results, in fact, all of the mice that were given C60 fullerene outlived the controlled group.  Because of the findings, Moussa was invited to do interviews and was basically used to help sell the supplement.  In my favorite interview, Moussa was asked if he took C60 Fullerene, and he replied: “no, I do not consume C60 at this time.”

After the publication of Moussa’s article, many people began to point out mistakes in the findings.  Many people have noted that the statistics Moussa used are misleading and that there wasn’t much difference between the olive oil group and the C60 group.  There were also errors in the pictures used for the liver tissue.  Biomaterials issued a corrigendum and the editor claimed that he was unaware of the mistakes before publishing the article.[cite cdn]

How does C60 Fullerene work?

The in vitro studies (done in a test tube) show that C60 can bind the free radicals that damage our health.  Because of its large size, it is able to collect these toxins with a C-C bond so that the positively charged radicle is neutralized by spreading the charge over the C60 Fullerene.  When you take a c60 product, it travels into your gut and absorbs toxins until it becomes saturated with the positive charge, in that, there isn’t enough Gibbs free energy to make a favorable C-C bond, then it passes through the digestive tract.  There is no transport method of getting C60 into your bloodstream, into your brain, into your heart, lungs, or any other organ.  It simply mops up toxins in the gut.

C60 Fullerene is a really cool looking molecule appearing like the world’s smallest soccer ball, which gives it a great visual aesthetic to put on an advertisement, but there is nothing magic about it.  It’s just a basic toxin scavenger.  So why am I so critical of this supplement?  C60 was first synthesized from ash, and if you look at other compounds from ash, they look, and behave very similarly to C60, but without the cool soccer ball shape.  In fact, any activated charcoal product that you buy will do the exact same thing.  The two big differences are that you can buy it for a fraction of the price, and activated charcoal is more effective.  Any salesman who disagrees probably went to the George C. Parker school of business in Sing Sing.  C60 isn’t a worthless supplement, it just costs too much to make and there isn’t really anything unique about it other than the shape, which I’ll be the first to admit, looks cool, but toxins don’t really care about how cool a molecule looks.

Do yourself a favor and use activated charcoal instead of C60 Fullerene and save your hard-earned money.  We recommend the Source Natural brand because they have a good reputation for quality control and sell it at a competitive price compared to other quality brands.

What is the most expensive supplement you’ve ever been swindled on?  We would love to hear your story in the comments!

6.[footnote sciencedirect] “The prolongation of the lifespan of rats by repeated oral administration of [60]Fullerene.” Biomaterials, Elsevier, 10 Apr. 2012.