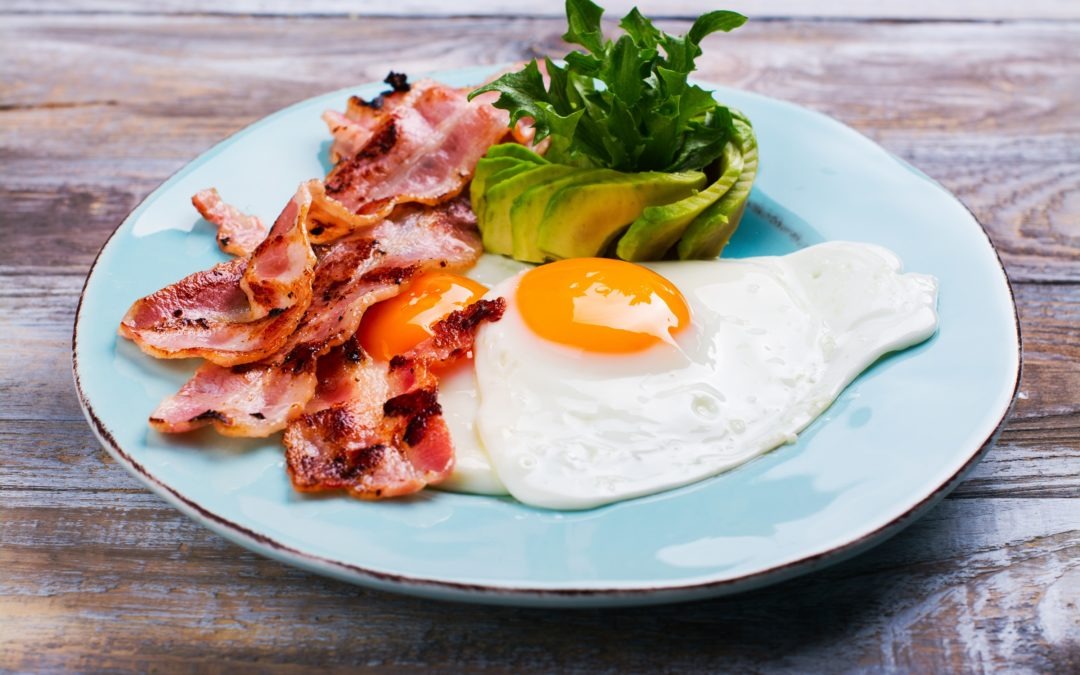 We have an internal clock that helps guide us in making healthy decisions in our life. Do you awaken from a good night sleep without the need for an alarm clock? Do you have a bowel movement in the morning when you first wake up? Do you get heartburn at night only if you eat after 7:00 pm? Our digestion, sleep patterns and quality, mental cognition, exercise tolerance and recovery, and our nervous system is all controlled by this circadian clock. Maintaining a proper circadian rhythm is paramount for our health. So what time during the day is the best time for us to consume our meals for optimal digestion and maintaining a proper weight?

What Is Our Circadian Rhythm?

Our body has an internal clock known as the circadian clock that controls our autonomic nervous system and our body’s physiological processes. Our circadian rhythm is any biological process that is tied to our circadian clock. For most people their circadian clock is in a twenty-four-hour rhythm (plus or minus an hour). Circadian rhythms are somewhat endogenous from our own personal circadian clock. The circadian rhythm was initially believed to be only controlled by our environment. Many experiments have been performed to determine what controls our circadian rhythm. The Mammoth Cave experiment was conducted in the late 1930’s is an early study to try to determine if our rhythm is internal or controlled by our environment. Nathaniel Kleitman, a University of Chicago sleep researcher and a student lived thirty-two days in the pitch-black Mammoth Cave in Kentucky. They were not exposed to any changes in temperature, weather, or sunlight (outside forces that were believed to control the circadian rhythm, known as zeitgebers). They tried to switch to a twenty-eight-hour circadian rhythm, but they were not able to and the results were inconclusive. A later study in the early 1970’s placed volunteers in total isolation in dark caves for days. The researchers discovered that the subject’s circadian rhythms still were within a twenty-four-hour cycle (plus or minus at most thirty minutes). One of the volunteers stayed isolated in the cave for one hundred and twenty-seven days and still maintained a 24.6-hour circadian rhythm, without any environmental clues of time. Finally, zeitgebers can influence our circadian rhythm (like exposure to modern blue light after sundown can lead to decrease production of melatonin for example) but are not the only drive of our endogenous internal clock.1 2 3

So what occurs during a normal circadian rhythm? Cortisol increases production and is released (known as the cortisol awakening response) right before dawn (around five in the morning) to help restore consciousness from sleep, activate the sympathetic nervous system to increase alertness and blood pressure, activate motor function, suppress the immune system and inflammation, activate gluconeogenesis to increase blood glucose, and to begin the metabolism of fat, protein, and carbohydrates from our daily meals. The natural light further influences our circadian rhythm we are exposed to at dawn. Melatonin production is significantly reduced, and serotonin production begins, further waking us and getting us ready for the day ahead. Digestion is best throughout daylight, and most bowel movements occur right after breakfast (eight in the morning). Mental cognition is best in the mid-morning. Exercise performance and reflexes are best in the mid and late afternoon. Melatonin starts to be produced around dusk, making us sleepy. Cortisol production dramatically decreases throughout the day, increasing immune function. Digestion reduces after dark. Finally, melatonin peaks in total darkness later in the evening as we sleep. As you can see some of our circadian rhythms are affected by zeitgebers like the production of melatonin and serotonin when exposed or the lack of light. That being said, cortisol spikes long before dawn begins, showing that our internal clock works without external cues as well.8 9 10

So what digestive issues can be caused or worsened by a lack of a proper circadian rhythm?13 14

Our circadian clock controls our rhythm which helps dictate our daily life, including proper digestion, our feeling of hunger and satiety, and weight management. When we eat and how often dictates our digestion as well. Is there an appropriate time to eat throughout the day and how often should we have our meals?

Most of our digestion occurs during daylight. Sunlight exposure increases serotonin production which increases peristalsis contractions of our MMC (migrating motor complex) function. Proper sunlight exposure also has a direct, mostly positive effect of the makeup of our microbiome. MMC function is most active during the day if we eat between what appears to be within a ten-hour period. Most people should try to eat three meals during this period. For example, most people wake up around seven in the morning in our modern industrialized world. Breakfast should be within an hour of waking (around eight in the morning), to help reduce further cortisol production needed to maintain blood glucose from gluconeogenesis. Most people have a bowel movement after breakfast from nightly fasting (uninterrupted MMC function) and increased MMC function from daylight exposure and breakfast ingestion. Breakfast should also be your most substantial meal and contain a right balance of protein, fat, and carbs. Breakfast should also include the most carbs, compared to the other meals, to replenish glycogen storage for the day ahead. Finally, eating breakfast reduces the hunger hormone ghrelin making you eat less during the day and feel fuller.15 16

Lunch should be between twelve and one in the afternoon if possible. If you need a snack, eating a small one (a handful of nuts, one organic apple are examples of a healthy afternoon snack) around three in the afternoon will not disturb MMC function and digestion too much. Dinner should be at or slightly before six in the evening. Dinner should be your smallest meal and contain the least amount of carbs compared to breakfast and lunch. If you eat near these proposed times, it should help you to maintain a proper eating schedule per your circadian rhythm and to maintain adequate MMC function.17 18

Some people I know are going to ask me, but what about intermittent fasting (IF)? A proper IF schedule when it comes to circadian rhythm is a little different but still manageable. Bulletproof coffee can be enjoyed for breakfast an hour after waking, similar to consuming a standard breakfast. Lunch should always be consumed between twelve and one in the afternoon and dinner slight before six in the evening. If you are doing straight IF without the use of Bulletproof coffee, then your only two meals would be lunch and dinner at the above listed times. IF can be healthy when done occasionally if a person has the adrenal reserves, proper thyroid function, adequate hormone production, to facilitate IF.19 20

Contrary to popular belief we do digest our food while we sleep. One of our most extended fasting periods is during sleep. Melatonin production increases during the evening, especially in darkness. Melatonin is a potent antioxidant, which reduces digestive tract inflammation, improves the integrity of the mucosal barrier, reduces reflux caused esophageal inflammation, and reduces stomach acid production and elevates stomach pH. Our MMC continues to pushes waste in different parts through our digestive tract while we sleep. Our MMC is uninterrupted from lack of consuming food or beverages during sleep and because of this can complete more cycles of uninterrupted peristalsis (each period lasts for ninety minutes), leading to food being correctly digested and moved through the colon while we sleep. Eating slows down and hinders a proper MMC cycle and resets it starting with esophagus peristalsis of the recent food digested. MMC function is decreased in the esophagus and the small intestine during sleep and melatonin reduces stomach acid production, which is probably why it is a good idea not to eat a few hours before sleep. Many people that eat before bed report dyspepsia symptoms. Finally, our liver increases it size during daylight (increasing ribosomes) to handle food digestion, cholesterol production, and detoxification, and at night our liver shrinks. Eating after dark delays the time till your liver shrinks (decreases ribosomes) and “rests” and may lead to an increase of developing non-alcoholic fatty liver disease or enlarged liver. It is probably best for most people that have digestive issues to have their last meal around six in the evening to facilitate proper digestion and prevent dyspepsia during sleep.21 22

I know in our modern world trying to have a proper circadian rhythm can be difficult, but for our health, it should be something that we strive to improve. Getting adequate sunlight exposure, eating three meals daily our last before six in the evening, and practicing proper sleep hygiene the best we can, when we can, are all crucial steps we can take to maintain proper health in our modern world.