Clostridioides Difficile (C. difficile) Dysbiosis and How to Relieve It 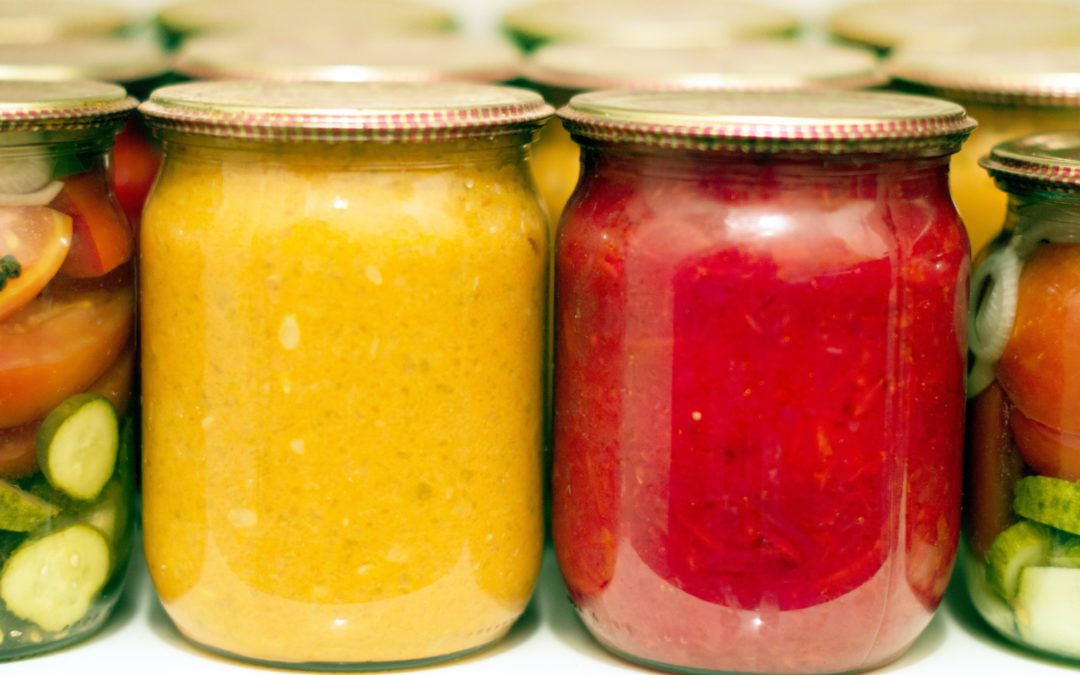 Cases of Clostridioides difficile (C. difficile) infection are increasing throughout the United States, causing a current healthcare crisis. An extensive, nationwide health insurance database analysis by the University of Pennsylvania determined that acute C. difficile infections’ annual incidence increased by almost two hundred percent from 2001 to 2012. “C. difficile causes over 500,000 infections per year in the United States alone, resulting in an estimated 29,000 deaths and an estimated cost of $1–3 billion.” There are many different contributing factors to why there is such an alarming increase in C. difficile infections. Overuse of antibiotics which weaken our normal probiotic flora that keeps the bacteria in check and proximity to multitudes of people within hospitals, mixing our microbiomes are significant causes of the increase in infection rate. Remember, our probiotic microbiome produces many different bactericides and stimulates our immune system to reduce or eliminate the pathogens that we come in contact within our everyday lives. C. difficile is being discussed as a potential pathogen that can be acquired as a foodborne illness as well since it can infect pigs and cattle that we ingest and can be found in commercially tested meat. The bacteria have also been found in improperly treated drinking water and raw sewage. C. difficile dysbiosis can be challenging to remedy; many people spend weeks or months in the hospital trying to recover from an infection. So what is causing the increase in C. difficile dysbiosis, and what can be done to keep people from getting it as often? In addition, what protocol’s can someone follow to relieve C. difficile dysbiosis?1 2 3 4

All About Clostridioides difficile

Clostridioides difficile is an opportunistic Gram-positive bacteria that is generally found within the microbiome of at least two to five percent of the adult population. The bacteria was first called Bacillus difficilis by Ivan C. Hall and Elizabeth O’Toole in 1935. The bacteria was named difficilis because it was difficult to isolate and grew very slowly within the culture medium. André Romain Prévot eventually transferred it to the genus Clostridium, where it became commonly known as Clostridium difficile. It has recently been changed again to Clostridiodes difficile after being transferred to the new genus Clostridioides. Clostridioides are anaerobic (does not like oxygen), motile bacteria, ubiquitous in nature. C. diff forms unique endospores that are rod-shaped produce biofilm, produce toxins, and are found within soil.5 6 7 8 9

C. diff produces two toxins when they are vegetative cells and not encapsulated in endospores that can cause significant health issues, including Clostridioides difficile toxin A and Clostridioides difficile toxin B. TcdA gene encodes C. diff toxin A and TcdB gene encodes C. diff toxin B. The toxins also are capable of reducing or eliminating some organisms within our native flora as well. Both toxins bind to specific host cell receptors within the digestive tract, which the toxins then enter the cell and induce cytopathic and cytotoxic effects. Since both toxins increase cellular oxidative stress and trigger premature cell death, they can cause inflammation (increase in immune function and cytokine production in response to the toxins) and cellular destruction within the colon, leading to colitis and within the small intestine leading to ileitis, for example which is sometimes severe. Finally, if the toxins enter into the bloodstream from someone having a “leaky gut” they can cause toxemia, heart, kidney, and brain inflammation and damage.10 11

Endospores (not a true spore) are dormant Gram-positive bacteria generally from the Firmicutes phylum. The endospores are tough encapsulations that protect spore-forming bacteria from your immune system, antibiotics, antibacterials, and your microbiome. Spore-forming bacteria can lay dormant in endospore form until their environment becomes favorable for faster reproduction and survival. Spore-forming bacteria form endospores when there is a lack of nutrients and can survive a long time until they get the nutrients they need to survive (the amino acids l-alanine, l-valine, l-asparagine, glycine, and fructose are some of those nutrients); they will germinate and multiply. Clostridioides difficile are resistant to stomach acid, but interestingly stomach acid-reducing medications including H2 antagonists and proton pump inhibitors, have been linked to increasing the risk C. difficile dysbiosis. Researchers believe it is because they interfere with normal gastrointestinal microbial diversity. People on these medications long term seem to suffer from dysbiosis, which allows C. difficile to thrive because of a lack of a probiotic microbiome. Endospores are likely to germinate within the colon from repeated exposure (if enough colony-forming units are ingested) or supplementation. The bacteria may also share a commensal relationship with probiotic bacteria for a time and continue to replicate when nutrients are available. Bacterial endospores are resistant to ultraviolet radiation, desiccation, many antibiotics, boiling, extreme freezing, and most chemical disinfectants. For example, bacteria in the Clostridia class are spore-forming; it becomes difficult to eliminate them if they become opportunistic and return to their spore form.12 13 14 15

Clostridioides difficile germinates when exposed to bile (unlike other endospore bacteria that are a part of the Bacillus genus for example that perish when exposed to bile) or glycine within the small intestine. Once C. diff germinates, it attempts to colonize the large intestine (a perfect anaerobic environment for it). Usually, our immune system and our microbiome keep C. diff in check so that it does not have the opportunity to become opportunistic and our digestive tract eliminates it through our stool. However, if our immune system is hindered or our gut flora is severely disrupted (taking antibiotics for example), C. diff either colonizes or if it is already native flora germinates and causes dysbiosis and infection.”Because C. difficile is an obligate anaerobic pathogen, the vegetative cells are unable to survive outside of a host in the aerobic environment. When C. difficile cells meet certain environmental stimuli (e.g., nutrient deprivation, quorum sensing, and other unidentified stress factors), they will initiate a sporulation pathway to produce sufficient dormant spores to survive in extreme situations. C. difficile pathogenesis relies on the formation of aerotolerant dormant spores which allows C. difficile to persist within the host and to disseminate through patient-to-patient contact/environmental contamination. In the host GI tract, the dormant spores must germinate from dormancy to form the actively growing vegetative cells which produce the toxins that cause the primary symptoms of the disease. Under suitable conditions, when germinant receptors sense the presence of small molecules (germinants), spore germination will be induced.“16

Though C. diff dysbiosis is generally found within the large intestine, it can be found within the small intestine. There are many reported cases of it being able to colonize the ileum. It is unknown how far within the upper gut C. diff can colonize. Still, it appears that in most cases, it can inhabit no farther than the small intestine (the rest of the upper digestive tract, like the stomach, is exposed to more oxygen from swallowing food, which can kill C. diff). One of the appendix functions is to be a “safe house” for probiotic flora to colonize after a foodborne illness. In a study conducted in 2011, when C. difficile were introduced into the gut, the appendix housed cells that increased the body’s antibody response to eliminate it. The appendix’s B cells stimulate toxin A-specific IgA and IgG antibody production, leading to an increased probability of probiotic flora surviving and overcoming C. difficile. Finally, here is a conclusion from a study discussing C. diff small intestine colonization: “Small intestinal C. difficile seems to be increasing in incidence. The spectrum of CDI has definitely expanded with small bowel involvement. Heightened public awareness and initiation of prompt preventive measures are the keystones to control of this infection. This disease is no longer limited to the colon and physicians should be educated to think beyond the colon in patients with CDI.“17 18 19

Symptoms of an acute Clostridioides difficile infection and dysbiosis include severe diarrhea (makes up 20% of cases of antibiotic-resistant diarrhea), abdominal pain, fever, nausea, vomiting, colitis, ileitis, malabsorption, bloating, abdominal distension, weight loss, small intestinal bacterial overgrowth, colonic overgrowth, and a distinctive foul stool odor. If you have these symptoms and have had recent antibiotic therapy (clindamycin (highest known risk of all antibiotics), fluoroquinolones, cephalosporins, aztreonam, carbapenems, macrolides, sulfonamides/trimethoprim, and penicillins all have increased risks of causing C. difficile dysbiosis), use of acid-reducing medication including H2 antagonists and proton pump inhibitors, compromised immune system, recent abdominal surgery, prior appendectomy, or recent hospitalization then it is likely you have a C. difficile infection. Finally, many gastroenterologists are unaware that C. difficile in cases of chronic dysbiosis and severe infection can cause constipation instead of diarrhea, sometimes quite severe.20 21 22 23 24

Clostridioides difficile dysbiosis in some instances can cause a “reconstruction“, swelling, and extreme inflammation of the colon, a medical condition known as pseudomembranous colitis. Exogenous “mucous membranes” (very intricate biofilm colonies) are produced by C. difficile, further protecting it from your immune system, probiotic flora, and antimicrobial agents and causing severe colitis. If your C. difficile infection is severe, it can cause a condition known as toxic megacolon, a life-threatening medical condition where the colon swells considerably and hemorrhages, causing blood loss and perforations (holes within the intestinal tract where organisms can enter the bloodstream and surrounding organs) causing sepsis.25 26

Clostridioides difficile is generally diagnosed through symptomology, medical history, ELISA tests for C. difficile toxins A and B (make sure both are tested), culture and biopsy during colonoscopies or endoscopies, and diagnostic scanning, including abdominal X-ray or computed tomography (CT) scan with contrast (I would recommend supplementing with iodine if possible before the CT scan with contrast and afterward if they use Iodine-131 to protect your thyroid) to determine the health of your digestive tract and the extent of the infection. Remember, if you test positive for the C. difficile toxins, have elevated Clostridium in stool testing, and have many of the above symptoms, then C. difficile dysbiosis might be the cause of your digestive issues, even if you are suffering from chronic constipation.27 28

Clostridioides difficile is resistant to many antibiotics, creates biofilms, and can form endospores to survive treatment which makes it very difficult to recover and has a recurrence rate of around twenty percent. C. difficile infections are severe, and in most cases, are treated at a hospital. There are supplements and lifestyle changes that may help prevent the infection from occurring when you are hospitalized. If you are hospitalized or are on strong antibiotics for an extended period, supplementation of the probiotic supplement Smidge (taken separately during the day from the antibiotics) should be considered to help prevent opportunistic C. difficile infection. One or two servings daily of fermented food ingestion or kombucha, when ingested away from your antibiotic, may help as well. You can also supplement with thirty milligrams of exposure, and doing your best to maintain proper sleep hygiene can help as well. Excessive dietary or supplementation of calcium can also stimulate C. difficile’s germination. I would also refrain from ingesting foods that contain more glycine including protein powders or collagen, large amounts of dietary fructose, or trehalose (a sugar that is found in honey) because they can improve C. difficile’s chances of colonization of virulence. Proper handwashing (I do not recommend conventional antibacterial soap) can help reduce your chances of contracting C. difficile’s. Hand sanitizer can work against germinated C. difficile’s but does nothing to eliminate C. difficile’s spores; proper hand washing is always superior. Finally, I would avoid iron-fortified foods and carrageenan, which cause gut inflammation and try to follow the Perfect Health Diet if possible.29 30 31 32 33 34 35 36 37

I generally do not recommend the use of the following antimicrobials unless C. difficile dysbiosis is severe since they can strongly impact the probiotic microbiome:

Lifestyle changes and supplements that may help you recover from C. difficile dysbiosis

Fructose, glycine, and trehalose feed C. difficile and allow it to grow and become more virulent.

C. boulardii and E. coli Nissle compete with C. difficile and can help to reduce it.