Cronobacter sakazakii in Baby Formula: What You Need To Know 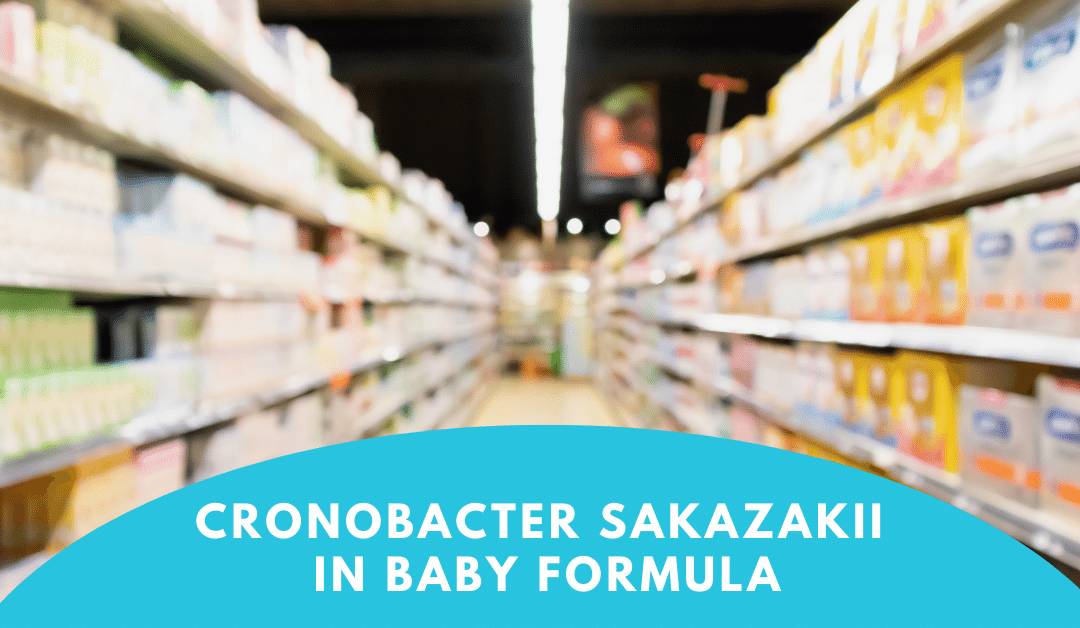 Another concern has arisen about feeding your baby formula in the news. Outside of the recent supposed supply chain issues in the manufacturing of baby formula, manufacturers were allegedly destroying formula because it was contaminated with Cronobacter sakazakii. Rarely have children died or become severely disabled from ingesting formula. However, tragically cases are supposedly on the rise in recent years. What is Cronobacter sakazakii, why is it found in some batches of baby formula, and what can you do to protect your child?

All About Cronobacter Sakazakii

Cronobacter sakazakii is a Gram-negative Proteobacteria. Our microbiome is composed of both probiotic and opportunistic Gram-negative bacteria. A Gram stain determines the bacteria’s classification. If the bacteria are Gram-positive, they will keep the crystal violet stain within their cell wall because of their thick peptidoglycan layer, which you can view under a microscope. If the Gram stain is Gram-negative, the applied crystal violet stain “leaks” out of the bacterial cell wall because it does not have a thick peptidoglycan layer, so the tested bacteria will not stain violet.1

Endotoxins are a significant component of the outer membrane of Gram-negative bacteria’s cell wall (compared to Gram-positive bacteria with a thick peptidoglycan cell wall) and protect the bacteria from other microorganisms and our immune system. Since Gram-negative bacteria are everywhere within our body as a part of our microbiome (some places more than others, for example, our digestive tract is where they primarily reside), our immune system and microbiome try their best to prevent them from becoming dysbiotic.3 4

For instance, endotoxins trigger an immune response and oxidative stress inside our digestive tract when an overabundance is ingested or are endogenously released within our digestive tract when suffering from Gram-negative dysbiosis and can lead to severe symptoms including gastritis, intestinal inflammation, bleeding, ulceration, abdominal pain, nausea, vomiting, diarrhea, and reflux. Endotoxins especially trigger a robust immune response if they leak out of our digestive tract into our bloodstream and have been implicated as a main cause of cerebrovascular and cardiovascular disease over time. Endotoxins bind to the CD14/TLR4/MD2 receptor complex in many immune cell types, which promotes the secretion of pro-inflammatory cytokines, nitric oxide, and eicosanoids leading to increased inflammation. Endotoxins also harm our mitochondrial health by triggering the generation of the oxidant superoxide within our mitochondrial electron transport chain from increased biological cellular stress from endotoxin cellular exposure and immune system reactions. Finally, endotoxins are known pyrogens, meaning they induce fever.5 6 7 8 9 10 11 12 13 14

How to Protect Your Child From Cronobacter sakazakii

I believe it is always best for your child to breastfeed them if possible. Sadly, I understand that not every woman can breastfeed their child, so I recommend feeding them a healthy homemade infant formula, especially if they are immunocompromised. The health of immunocompromised children (premature infants also have a greater risk) is far more likely to be negatively affected by ingesting Cronobacter sakazakii contaminated infant formula than healthy children. The dosage makes the poison, both for how much-contaminated formula is given to your child and the concentration of bacteria and endotoxins in the amount of formula that is given to your child. Even healthy children can become ill from consuming Cronobacter sakazakii contaminated formula (for example, the tragic case of Jeanine Kunkel). Finally, if you must feed your child non-homemade infant formula, then sterile ready-made formula would be much safer than reconstituting dry powdered formula.15