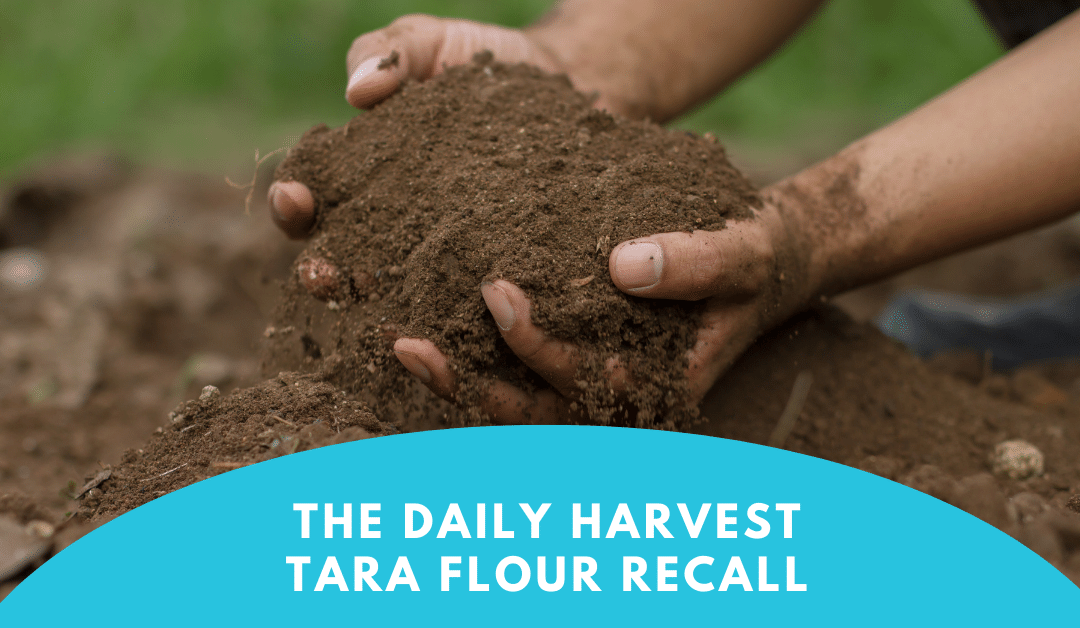 In June 2022, Daily Harvest was forced to issue a recall after numerous people became severely ill (some requiring hospitalization) after consuming various products from their online food delivery company.  They first thought that the contamination was limited to their “French Lentil & Leek Crumbles,” but other products were found to be contaminated.  From June 27-present, thirty-thousand packages were delivered to customers all throughout the country.

There are over three thousand food product recalls every year, what makes Daily Harvest a special case?  Products that cause food poisoning have usually been contaminated with bacteria like Salmonella, Listeria, E. coli, Clostridium, B. Cereus, or Staphylococcus Aureus, but after the FDA ran PCRs on known contaminated products, none of these strains were found.  Some products are contaminated with toxic levels of heavy metals like arsenic lead, mercury, cadmium, but mass spectrometry did not find any of the usual suspects.  What is making people so sick that it is causing multiple gallbladder removals or liver damage?  What about a virus?  The FDA checked for hepatitis A and rotavirus.  What about the dreaded mycotoxins?  The products tested negative for aflatoxin, ochratoxin, fusarin, and couldn’t find any trace of them. (Totally Bulletproof!™)

What about pesticides?  There were no traces of pesticides found in any of the known contaminated products.  What’s left for Daily Harvest?

Some farms use something called “night soil.”  Night soil is a more pleasant way to refer to human waste to be used as fertilizer.  It got its name because workers would take the waste from septic tanks in the middle of the night.  Is night soil legal?  In the United States, night soil must be sanitized before being used as fertilizer.  The EPA requires that waste treatment companies use treatment methods to produce Class B (mostly pathogen-free) and Class A biosolids that can be used in agriculture with certain restrictions.  Outside of the United States, laws are varying, and many times, untreated night soil is used.

What’s the big deal?  Manure is one of the best fertilizers out there!  Why does it matter if it comes from a cow, a horse, or a human?  Contrary to what the WHO would like us to believe, humans contracting diseases from other species is extremely rare.  There is only about two hundred known zoonosis (a disease or infection transmissible from non-human animals to humans).  This is why using human feces, even when transmitted, is highly frowned upon, because we are much more likely to contract diseases from each other than from other animals.

Daily Harvest’s products are gluten-free—that’s part of their gimmick—gluten-free, organic, dairy-free, vegan, and ninety-five percent organic.  Ninety-five percent organic?  Yes.  They claim that they can’t source organic foods from the “dirty dozen.”  In any case, to market to the gluten-free folks, they recently switched to tara flour.  Tara flour is an alternative to wheat flour that is made from the ground seeds of the Tara spinosa plant (A.K.A. Peruvian carob; A.K.A. spiny holdback).  This plant is native to parts of the world with developing nations.  Tara flour is not on the GRAS (generally regarded as safe) list, and by itself, it shouldn’t cause the sort of illness, but the switch to tara flour directly coincides with the products that needed to be recalled, and only the products that used tara flour made people sick.

Why is the tara flour making people sick?  If we take into consideration that the FDA’s testing was accurate and that the usual suspects have all been ruled out, we should look at more unusual illnesses that could arise from a food product that comes from a developing nation likely to use human feces as fertilizer.  You can use human fertilizer and still claim that your product is 100% organic, but sometimes there are worse things for your immediate health than pesticide residue on our food.

What can we learn from this?  Avoid processed foods and avoid foods from developing nations.  Try to buy produce that is in season and local.  You will stand a much better chance of avoiding contaminated food, support ethical farming/gardening practices, and support your local businesses instead of a greedy, international conglomerate.

Evolutionary fun fact: (The cooking hypothesis) Humans adapted over time to have larger brains which use thirty to forty percent of our calories at rest.  The metabolic tradeoff is that our digestive tracts are shortened to conserve energy.  This tradeoff was evolutionarily successful because man learned to control fire to cook their food.  Cook your food and you will expose yourself to far fewer foodborne illnesses.