The New Prescript Assist Reformulation is Dangerous, a Review

The New Prescript Assist Reformulation is Dangerous, a Review

Want to learn all about the HSOs in Prescript Assist? Get a copy of Fix Your Gut.

Many people still believe that Prescript Assist is the best “probiotic” supplement since sliced gluten-free bread.

However, why is that?

Well, in theory, Prescript Assist appears to be a perfect HSO supplement. Most of the “probiotics” found in the supplement are heat and shelf stable. Most of these hemostatic soil organisms are either encapsulated in endospores, pH resistant so they can survive stomach acid exposure, or produce biofilm when they colonize. Hopefully, they will survive your stomach acid and eventually colonize the large intestine for your benefit.

Endospores are dormant, tough encapsulations that protect the bacteria from your immune system, antibiotics, antibacterials, and even probiotics. Bacteria can also lay dormant in endospores until their environment becomes favorable for faster reproduction and survival. Bacterial endospores may also become opportunistic in a host, share in a “probiotic” communal with other true probiotics for a time, or slowly replicate to former larger colonies. Bacterial endospores can survive without nutrients for a long time and are resistant to UV radiation, desiccation, high temperatures, extreme freezing, and most chemical disinfectants.4

Kresser used to claim that the HSO’s found in Prescript Assist are non-toxic:5

“Finally, Prescript-Assist microflora are recognized Class 1 Etiological Agents, non-toxic, non-pathogenic, from independently maintained lines — this is well documented in both of the Clinical Therapeutics Articles. More than a decade of use as a supplement has revealed no adverse effects and/or side-effects [including reportedly patients with impaired immune systems], as well as the initial demonstrations with repeated consumptions of doses amounting to 500X that recommended for ordinarily daily use with no ill effect.”

Well, I will be damned, Prescript Assist used to be the safest probiotic ever produced, even with my doubts. Too bad that they changed the formula from an HSO probiotic that I would not recommend to a firm recommendation that no one should ever consume this “probiotic” supplement.

My Issues with Prescript Assist

You might be asking yourself what the big controversy is?

The main issue with probiotics using unstudied or lesser studied strains is that supplementing with any microbe with unknown pathogenic capabilities in even healthy people is playing with fire. Without proper research, we do not know what these organisms are capable of doing to our health. There was only one study performed (the second study was just a one-year extension on the previous study) on the old formulation of Prescript Assist. The study was a double-blinded, randomized trial with a placebo as a control. The original study was two weeks long, only had twenty-six participants, and used an irritable bowel syndrome (IBS) questionnaire to report initial symptoms or any improvement during the study. The second study was just a one year survey of twenty-two participants in the previous study. So because twenty-two people felt better on an IBS survey of taking Prescript Assist for one year, it is deemed by the authors that it is safe to use for a reduction of generalized IBS symptoms for short-term (a couple of weeks) or long-term (one year) use. Well, I have a few issues with the author’s conclusions. For one they used a survey which I believe to be one of the weakest forms of scientific data for the study and the study has a small population size. We also need more studies performed before we reach a broad conclusion. Whether or not you agree with Chris Kresser that the old studies prove that Prescript Assist was safe and effective is irrelevant, the new formulation of Prescript Assist has no studies to back up its effectiveness or safety. Do these poorly researched strains only improve our digestive or overall health, or do they cause severe, hard to relieve opportunistic infections? We have no idea without proper research into these organisms and their relation to our microbiome.

Opportunistic Microorganisms That Were Removed From the Previous Formulation:

Opportunistic Microorganisms in the new Formulation:

All of these listed HSO’s are known to cause opportunistic infections in humans or can cause severe health issues, some worse than others.

Pseudomonas fluorescens has even been implicated as the cause of Crohn’s disease (I believe that it is a coinfection instead of being the direct cause.)

These bacteria can produce hardy endospores and/or biofilm, which make it harder to reduce their colonies if they become opportunistic. It is a lot easier to reduce colonies opportunistic Lactobacillus acidophilus then Pseudomonas fluorescens.

Prescript Assist appears to be soil inoculant by Tainio Biologicals when you compared the labels. They contain the 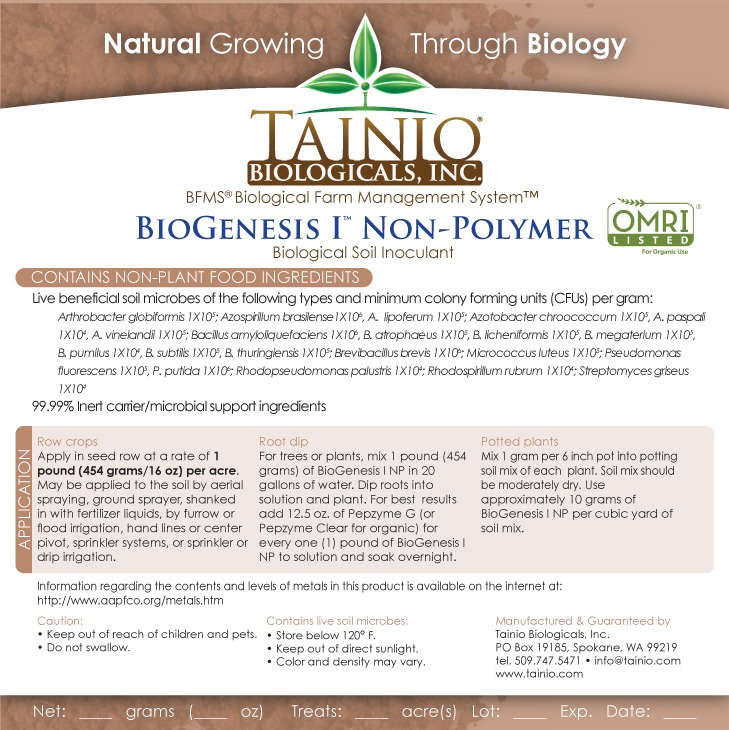 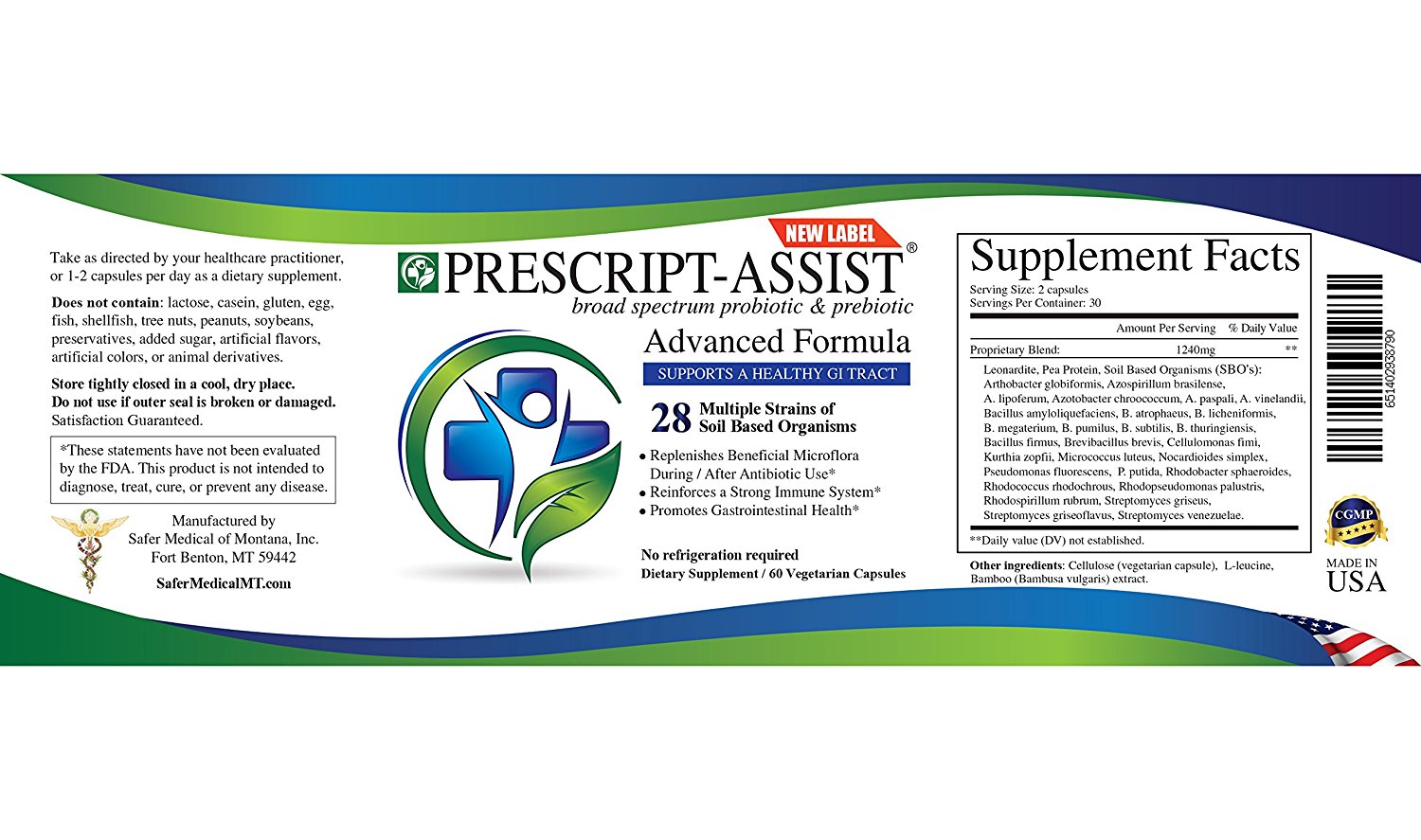 Tainio Biologicals also has an interesting disclaimer about the soil inoculant:

Disclaimer: All products are for Agricultural use only. By your purchase of this product(s) you agree to only use the product(s) in strict compliance with the instructions of use on the product label and recognize that Tainio Biologicals, Inc. is not liable in any manner for any off label use.

I do not believe that Safer Medical of Montana should be using Tainio Biologicals soil inoculant for their “probiotic” supplement. It is only supposed to be used for agricultural use, not human consumption.