Glucophage (Metformin), Is It Harmful For Your Digestion? Do I Recommend It? 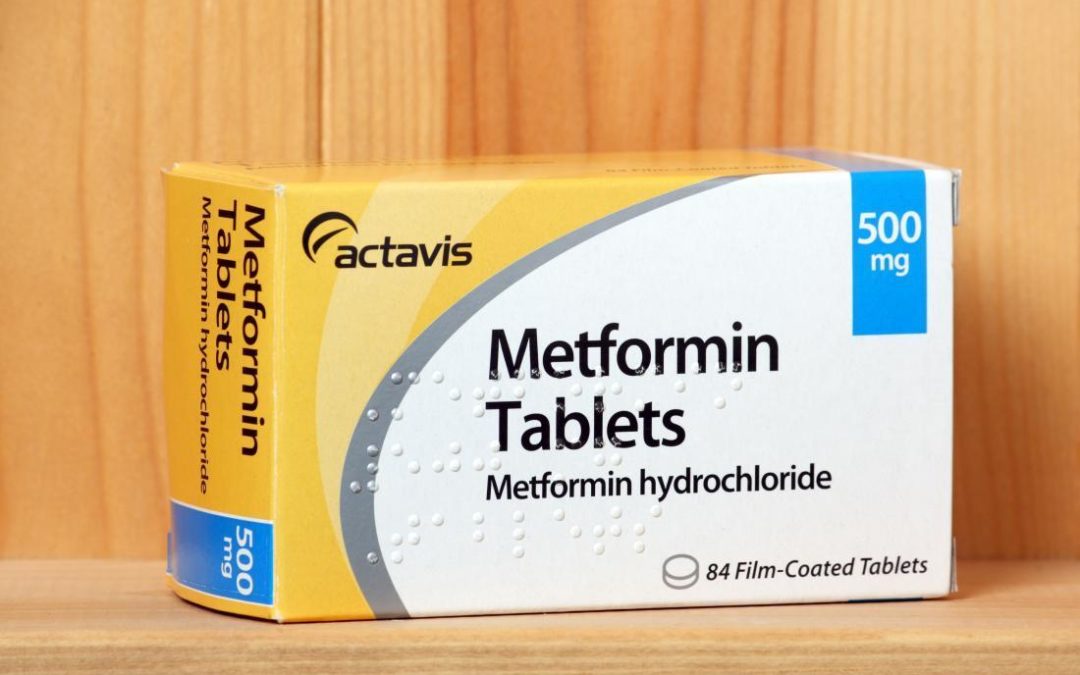 Glucophage (metformin hydrochloride) is a much-hyped medication, even in alternative medicine. Metformin is a commonly prescribed medication for the treatment of type 2 diabetes. Metformin is also used off-label to increase longevity supposedly and to help achieve cancer remission. Though metformin is a better option than most prescribed medications for the management of type 2 diabetes, it has a variety of side effects, some lesser-known. So, what are metformin’s effects on gut health, and is it worth taking, even if you have diabetes?1 2

What is Glucophage (Metformin)?

Glucophage (metformin) is a medication in the classification biguanide used in the treatment of type 2 diabetes. Other medications in the biguanide family of drugs, phenformin, and buformin, were withdrawn from many prescription markets around the world due to a severe side effect. Phenylating or using the butyl derivative of metformin increased lactic acidosis incidents, especially in people with compromised renal function, leading to both drugs being banned before its use in the United States public. Standard metformin tablets contain povidone, magnesium stearate, hypromellose, and polyethylene glycol (thousand-milligram tablet only) as inactive ingredients. Metformin extended-release tablets in the United States also contain cellulose, hypromellose, and magnesium stearate as inactive ingredients. So what are the mechanisms of action for Glucophage (metformin)?3 4

“Metformin is an antihyperglycemic agent which improves glucose tolerance in patients with type 2 diabetes, lowering both basal and postprandial plasma glucose. Its pharmacologic mechanisms of action are different from other classes of oral antihyperglycemic agents. Metformin decreases hepatic glucose production (gluconeogenesis), decreases intestinal absorption of glucose, and improves insulin sensitivity by increasing peripheral glucose uptake and utilization (liver, skeletal muscle, endothelium, adipose tissue, and the ovaries [which is why it is an off label treatment for women suffering from polycystic ovary syndrome that have elevated glucose levels]). Unlike sulfonylureas, metformin does not produce hypoglycemia in either patients with type 2 diabetes or normal subjects and does not cause hyperinsulinemia. With metformin therapy, insulin secretion remains unchanged while fasting insulin levels and day-long plasma insulin response may actually decrease.”5

Multiple potential mechanisms of action for metformin have also been proposed, including activation of AMP-activated protein kinase (AMPK), inhibition of complex I of the mitochondrial respiratory chain, inhibition of mitochondrial glycerophosphate dehydrogenase, inhibition of glucagon-induced elevation of cyclic adenosine monophosphate (cAMP) with reduced activation of protein kinase A (PKA), and the medication influencing the diversity of your gut microbiome. Activation of AMPK is required for metformin’s inhibitory effect on liver glucose production. AMPK is an enzyme that plays a vital role in insulin signaling, glucose and fat metabolism, and energy production. Finally, an increase in AMPK initiates the glucose uptake from the bloodstream and shunts it into the muscular system, where it can be used for energy.6 7

Metformin also increases the concentration of cytosolic adenosine monophosphate (AMP). Increased cellular AMP has been proposed to explain the inhibition of the glucagon-induced increase in cAMP and activation of PKA. Increasing cellular AMP would make metformin a glucagon (a peptide produced by the alpha cells in the pancreas to increase glucose and fatty acids in the bloodstream when needed for energy metabolism) antagonist, which would lead to a lower blood glucose level. Finally, microbiome modulation from metformin ingestion might be why the medication improves insulin sensitivity and mitochondrial function.8

How Does Glucophage (Metformin) Usage Affect Your Digestive Health?

Metformin has been shown to have both positive and negative effects on a person’s digestive health. Metformin’s most frequent side effects are gastrointestinal and include diarrhea, abdominal cramps, nausea, vomiting, abdominal pain, bloating, burping, and flatulence. However, many people tolerate metformin very well, and studies have shown that it can both improve your microbiome health and relieve type 2 diabetes. So, what are some of the positive effects that metformin might have on your digestive health?9

Metformin has been shown in both in vitro and human in vivo stool testing studies to increase colonies of probiotic bacteria, including Bifidobacteria, Akkermansia muciniphila, Butyrivibro, and Lactobacillus. Metformin usage has been associated with higher short-chain fatty acid production by the intestinal microbiome, including butyrate, acetate, and propionate. An increase in short-chain fatty acid production by the intestinal bacteria can explain why taking metformin might cause weight loss and improved blood glucose regulation.10 11

“SCFA have important metabolic functions and are crucial for intestinal health. In addition to the reported effects of SCFA in gut health, SCFA exhibited beneficial effects in peripheral tissues such as adipose tissues, skeletal muscles and liver by controlling substrate metabolism and function, leading to improvement of insulin sensitivity. A recent work highlighted that intestinal dysbiosis is associated with altered SCFA levels in humans. Significantly, recent animal study has demonstrated that butyrate and propionate activate the intestinal gluconeogenesis, displaying beneficial effects on glucose signaling and energy homeostasis.”12

Metformin has also been shown to reduce Gram-negative bacteria produced lipopolysaccharides (endotoxin) within our gut. Endotoxins may enter the bloodstream in people with “leaky gut” and trigger our immune system and inflammatory responses. A healthy gut will have appropriate amounts of Gram-negative bacteria that produce endotoxins. Endotoxins are either neutralized by the microbiome, our immune system, or are eliminated from our body in our stool and do not hopefully leak into our cardiovascular system. Metformin may help relieve leaky gut for some people by improving their microbiome health by increasing colony forming units of the above probiotics and increasing short-chain fatty acid production of butyrate. Butyrate, for example, provides energy for our colonocytes (epithelial colonic cells), reduces inflammation, and enhances gut junction barrier integrity (relieves leaky gut). Finally, the increase of cellular AMPK production from metformin ingestion may lead to healthier intestinal cells that have adequate energy for proper functioning, which leads to a more robust gut barrier.13

Though taking metformin may benefit one’s gut health, for some people who take metformin their health and gut health might worsen from taking the medication. Metformin usage increases the bile acid pool within the intestine by reducing ileal reabsorption. Metformin seems to have a direct action on the ability of the enterocytes within the ileum of the small intestine to reabsorb bile. Small intestinal bile acid transports reside within the illeum’s distal lining and allow bile to be absorbed into the portal vein and return to the liver to be used again when needed. Since metformin is an AMPK activator, it can directly effect bile being reabsorbed within the digestive tract. Intestinal AMPK binds directly to the farnesoid x receptor within the ileum, which signals enterohepatic circulation, reducing the amount of bile reabsorbed. Changes in bile acid reabsorption increases Glucagon-like peptide-1 (GLP-1) secretion. GLP-1 promotes insulin secretion by the pancreas, inhibits glucagon release, reduces hepatic glucose production, increases satiety (reducing overeating), increases pancreatic B-cell glucose sensitivity and neogenesis, and activates adenylate cyclase that increases the production of cAMP from ATP. Metformin reducing bile acid reabsorption triggers the secretion of GLP-1, which relieves type 2 diabetes through multiple actions.17

Disrupting enterohepatic recirculation of bile salts has potential consequences for cholesterol homeostasis, entero-endocrine function, and glucose homeostasis. Cholesterol homeostasis disruption can lead to a decrease in cholesterol levels, but remember, among other things, cholesterol is vital for the production of sex and thyroid hormones. However, metformin usage was associated with a decrease in serum thyroid-stimulating hormone, possibly by enhancing the effects of thyroid hormones within the pituitary and activating AMPK improving thyroid function. Enterohepatic recirculation disruption leads to increased bile salt concentration within the colon, reducing colonic bacterial colonization (may help people with colonic overgrowth, but for some people with a healthy colonic microbiome, it can reduce colonization of probiotic bacteria) because bile salts are antimicrobial. A reduction in bile acid absorption has been suggested as a mechanism through which chronic metformin usage may lower cholesterol levels. It has also been suggested that an increased luminal bile salt concentration would have an osmotic effect, which could lead to diarrhea, a common side effect of metformin usage.18 19 20 21 22

Bile salt reabsorption issues can cause diarrhea and, if severe enough, have been shown to in studies, increase colonies of the opportunistic bacteria Escherichia and Shigella. These bacteria are persistent and adapt when necessary. They are bile resistant and can survive the increased fluid amount being flushed in the gastrointestinal tract causing diarrhea. Both bacteria are Proteobacteria known to produce potent endotoxins that cause inflammation, cause or worsen leaky gut, and reduce probiotic bacteria colonies. Metformin supplementation in studies has shown that though it can increase colonies of probiotic bacteria, including Bifidobacteria, it can also increase colonies of Escherichia and Shigella, where it causes bile reabsorption issues and diarrhea. A reduction or lack of simple carbohydrate ingestion (mono and disaccharides) may reduce Escherichia colonization because the bacteria rely on substrates provided by polysaccharide-degrading anaerobes to survive. So, if you have diabetes and on metformin, it is probably better for you to significantly reduce your table sugar, fructose, and lactose consumption, especially if you are having gut issues while taking the medication.23 24

Metformin use is known to cause vitamin B12 deficiency, which occurs because the medication causes vitamin B12 malabsorption. Early theories of why vitamin B12 deficiency occurred with metformin use included the drug modifying bile acid metabolism, changing the microbiome (certain microbes can pirate vitamin B12 we ingest and use it for their survival), or affecting intrinsic factor secretion. However, recent research has shown that metformin interferes with the calcium-dependent membrane action responsible for vitamin B12-intrinsic factor absorption in the ileum. Vitamin B12 deficiency can cause or worsen neuropathy, which many people with diabetes are suffering from, so it is important to supplement when needed. If you are taking metformin, then I recommend you get your vitamin B12 (if low, you might be suffering from a B12 deficiency) and homocysteine (if elevated, you might be suffering from a B12 deficiency) blood levels checked every few months, and if needed, get methylcobalamin B12 injections to improve your B12 storages (the shot should only contain methylcobalamin, salt, water, and no other additives).25 26

Does Fix Your Gut Recommend Glucophage?

If you have type two diabetes and nothing seems to be working to lower your blood glucose levels, then Glucophage (metformin), I believe, is one of the safest diabetic medications. I do believe that for most people who have type two diabetes, then proper diet (Perfect Health Diet for some, cyclic ketogenic diet for others), frequent exercise, proper omega three fatty acid ingestion, proper sunlight exposure, adequate sleep hygiene, and magnesium supplementation for most people should relieve their type 2 diabetes. If you have to take metformin, then make sure you get your vitamin B12 tested and supplemented when needed. Also, it is essential to reduce as much as possible your simple carbohydrate intake as well to prevent Escherichia dysbiosis from occurring. For some metformin, usage can affect your digestive health and microbiome positively; for others, not so much. Everyone is different.