Is L-Ascorbic Acid the Same as Vitamin C? Part 1

The following blog post tackles a big question that consistently makes its rounds around the Internet. Is L-ascorbic acid that is used in supplements the same as plant sourced vitamin C?

I could end your trouble of reading this blog right now with a simple answer and not waste any of your time. Yes, they are the same molecule. Therefore they both work the same in the body.

If you still want to learn why they are the same then by all means, continue reading. 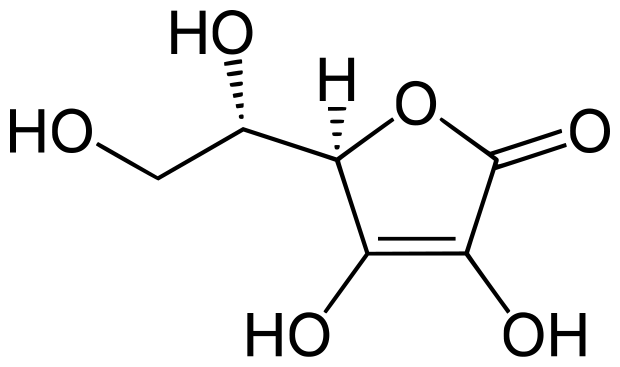 The correct answer is that they are both the same molecule. 1

The body cannot tell the difference between the two molecules.

An example of when the body can tell the difference however between natural and synthetically produced vitamins (because they are different molecules) are the difference between folic acid and folate. Critics claim that ascorbic acid would work just as poorly in the human body as the synthetically produced vitamin folic acid. The main difference between most synthetic and natural sources of vitamins and rather or not they work well within the body depends on if the synthetic ones structurally resemble their natural counterparts. Folic acid appears to be different chemically compared to natural folate. Therefore folic acid is poorly absorbed and used incorrectly by the body. 2 3

We have two small studies that help shed some light on if supplemental ascorbic acid is absorbed by the body properly:

“A study of 12 males found the bioavailability of synthetic ascorbic acid (powder administered in water) to be slightly superior to that of orange juice, based on blood levels of ascorbic acid.”4

Both of these studies had small sample sizes though and were from older sources, I wish that a new larger recent metastudy exists. Oh wait, one does exist, and it comes to the same conclusion as the older studies.

“Overall, a majority of animal studies have shown differences in the comparative bioavailability of synthetic versus food-derived vitamin C, or vitamin C in the presence of isolated bioflavonoids, although the results varied depending on the animal model, study design and body compartments measured. In contrast, all steady state comparative bioavailability studies in humans have shown no differences between synthetic and natural vitamin C, regardless of the subject population, study design or intervention used. Some pharmacokinetic studies in humans have shown transient and small comparative differences between synthetic and natural vitamin C, although these differences are likely to have minimal physiological impact. Thus, not only do the reviewed studies reiterate the injunction that the findings of animal studies should not be directly translated to humans but it is also apparent that additional comparative bioavailability studies in humans are unwarranted.” 6

The study, however, gives us more information in what may be the only difference between taking synthetic L-ascorbic acid and plant sourced vitamin C.

“Although synthetic and food-derived vitamin C appear to be equally bioavailable in humans, ingesting vitamin C as part of a whole food is considered preferable because of the concomitant consumption of numerous other macro- and micronutrients and phytochemicals, which will confer additional health benefits.” 7