Is Bubble Tea Dangerous For Your Digestion and Health? 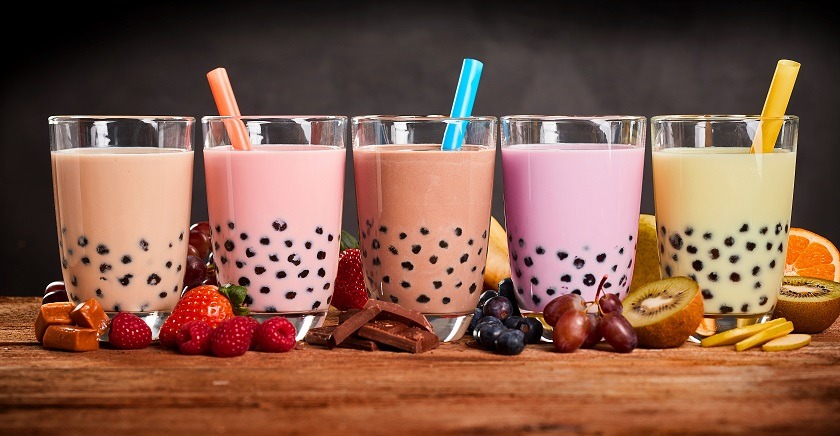 Bubble tea is a delicious treat that may rarely cause health issues when prepared or consumed improperly. I can count the number of caffeinated beverages that I have consumed in the past ten years on one of my hands. However, recently, a friend wanted a bubble tea, and he purchased me one made from white tea, milk, pomegranate bubbles, and pomegranate jelly. I thought the tea was exquisite, and I can see why the drink is trendy. The chilled tea is served in a clear plastic cup or glass with a unique larger straw so you can suck the up the delicious boba. Occasionally you will read a news story about the purposed risks associated with consumption of the beverage. So what exactly is bubble tea and is there any validity to the occasional news articles that claim its ingestion may cause health issues?

So What is Bubble Tea?

Bubble tea originated in the island country of Taiwan during the 1980s. The drink might have been first served at the Chun Shui Tang teahouse in Taichung, Taiwan. The owner Liu Han-Chieh first came up with the idea of serving Chinese tea cold around 1983 after visiting Japan, where he saw coffee being served cold. In 1988, Han-Chieh’s product development manager, Ms. Lin Hsiu Hui, was sitting in a staff meeting and consumed a typical Taiwanese dessert called fen yuan, a sweetened tapioca pudding. She pored the tapioca balls from her pudding for fun into her Assam iced tea and consumed it, and the popular drink was born!1 2

There is another story on the origin of the famous bubble tea. Hanlin Tea Room insists it came up with the idea in 1986 when its founder Tu Tsung-ho spotted white-colored tapioca balls on sale at Tainan’s Yamuliao market. Tu allegedly bought some of the balls home, and after preparing them, added them to some of his milk tea. Tu Tsung-ho found the texture of the tapioca pearls pleasing in the beverage and called the new beverage pearl milk tea on account of the pearly, semi-translucent white tapioca balls. No one knows which is the true origin story for bubble tea. So what exactly is bubble tea?3 4

The base for most bubble tea is chilled tea. However, a dairy only base can be used with ice known as a snow bubble tea. Bubble tea is made from black, green, white, or oolong tea. Milk is sometimes added to the tea. Sweetener, fruit, jam, flavoring, and tapioca pearls can be added to the bubble tea to give the tea different flavors and textures. Generally, for chilled tea to be considered “bubble tea” tapioca pearls (boba) are added. The pearls can also have fruit juices or syrups inside of them, and they are known as popping boba. You can make tapioca pearls (boba) from raw tapioca starch, or you can purchase partially cooked pearls, which have already gone through the gelatinization process. Raw tapioca pearls usually require forty-five minutes of boiling to properly form compared to partially-cooked tapioca pearls, which need thirty minutes. Boba is then cooled for around twenty minutes to produce their chewy texture.5 6 7

Tapioca is a clean starch when prepared properly that is extracted from the roots of the cassava plant. Cassava contains cyanide which is toxic to humans and is an inhibitor of the enzyme cytochrome c oxidase in the fourth complex of the electron transport chain by attaching itself to iron within the protein complex. Cyanide prevents the transportation of electrons from cytochrome c to oxygen, disrupting the functioning of our mitochondria and starving the cell of adenosine triphosphate, causing aerobic respiration to fail. Cultural preparation of cassava to make it safe for consumption is known as the “wetting method.” The “wetting method” is to mix the cassava flour with water into a thick paste and then let it stand in the shade for five hours in a thin layer spread over a basket. During those five hours, about 83% of the cyanogenic glycosides are broken down by the enzyme linamarase; hydrogen cyanide is released into the atmosphere, making the flour safe for consumption. The longer the preparation, the more cyanide is released into the atmosphere. Finally, adequately produced cassava products have minute amounts if any cyanide and are safe for consumption.8

So What Are The Potential Health Issues With Ingesting Bubble Tea?

Separate from the controversies which I will touch on later, few issues might occur with regular consumption of bubble tea. Bubble tea is quite sweet and does contain a fair amount of sugar (in many cases high fructose corn syrup is the used sweetener). Therefore, the beverage should be considered a treat. The amount of sugar in the average large bubble tea can range from fifty-seven to ninety-six grams, which could be fine to ingest depending on a person’s health once in a blue moon, but not something you would want to consume regularly. Bubble tea additives could also possibly be an issue for people sensitive to them and some of them include:9 10

There have been few media reports that Bis(2-ethylhexyl) phthalate (DEHP) being used as a stabilizer in bubble tea drinks and juice syrups mainly in Taiwan but some of these products could have been shipped globally. In 2011, DEHP was also found in some of the syrups that are used in bubble tea recipes, including strawberry syrup. DEHP like most phthalates are widely known in the literature as hormonal disruptors and are used as plasticizers. Plasticizers are additives that increase the plasticity or decrease the viscosity of a material. DEHP is found in floor tiles, shower curtains, garden hoses, dolls, toys, medical tubing, furniture upholstery, cosmetics, colognes, air freshers, bottled water, in our food, and water supply. DEHP is an androgen antagonist, blocking the effects of testosterone and compromising male reproductive, sexual, and overall health. DEHP also reduces thyroid hormone biosynthesis and can lead to poor thyroid function and health. “DEHP significantly reduced thyroid hormones (T3, T4) and thyrotropin releasing hormone (TRH) levels. After exposure to DEHP, biosynthesis of thyroid hormones was suppressed, and sodium iodide symporter (NIS) and thyroid peroxidase (TPO) levels were significantly reduced. Additionally, levels of deiodinases and transthyretin were also affected.” Finally, DHEP exposure may induce cellular harm by causing cell proliferation, decreased apoptosis (leading to increased cancer risk), inflammation, and increased oxidative stress contributing to degenerative disease.11 12 13 14 15

So what is the recent controversy surrounding bubble tea? A fourteen-year-old girl in the Zhejiang province of China was complaining of suffering from constipation. She went to a hospital and after a CT scan was performed, many spherical shadows were seen in her abdomen, more than one hundred, which were later deduced to be boba. The girl claimed that she had only consumed one bubble tea five days before the incident. However, the doctors concluded that because she had so many boba in her abdomen that she had been constipated for a long time as well as ingested bubble tea frequently. She was prescribed laxatives and finally passed the boba. Is it likely that consuming the occasional bubble tea will cause an uncomfortable incident similar to what happened to this adolescent girl? No, however, boba can be difficult to digest because they are made of partially cooked and cooled tapioca resistant starch and in the right circumstances could cause or further constipation and cause blockages. Chewing the boba instead of swallowing them whole can help prevent them from causing or contributing to constipation. Finally, if you are constipated, you should relieve your constipation before you consume any bubble tea which may compound the digestive health issue and once you resolve it you can enjoy the delicacy once in a while.16

I do enjoy consuming the occasional bubble tea (once every few months) when my friend comes into town, but I would not consume it frequently. Bubble tea is meant to be a treat. The popular beverage contains a lot of sugar and possibly contains many different additives that you do not want to ingest regularly for your health. Also, the drink may contain DEHP which you want to reduce your ingestion of the phthalate as much as possible. Limiting DEHP ingestion in our modern world is difficult because its use is so widespread. However, do the best you can to limit DEHP exposure. Though fecal impaction caused by bubble tea would be rare, I would not consume the boba without thoroughly chewing it if you are constipated. Please let me know in the comment section below if you enjoy bubble tea, and what is your favorite flavor?