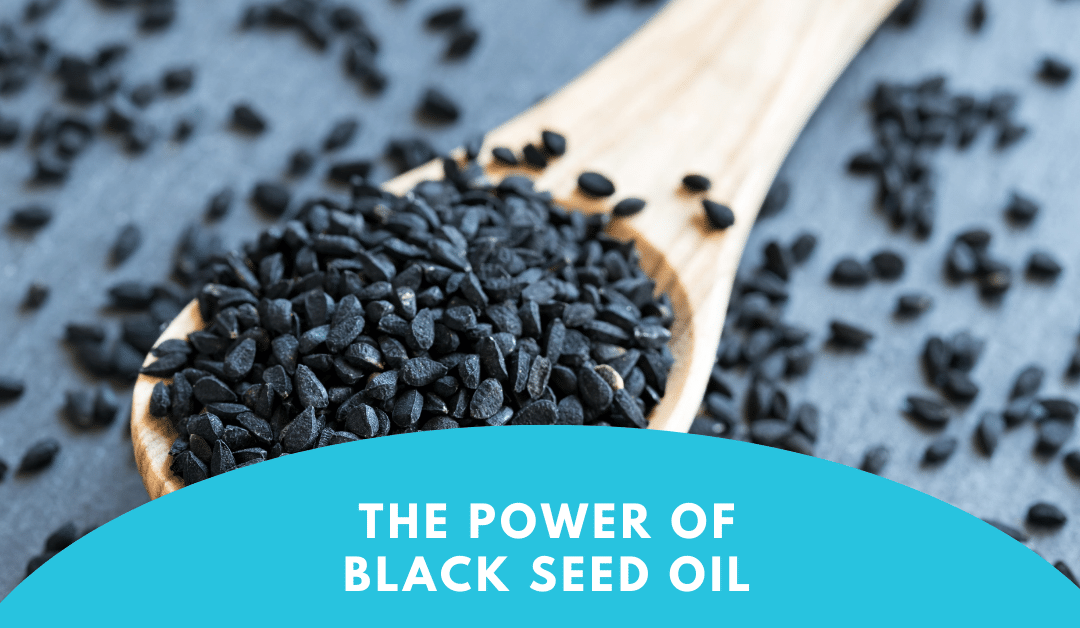 Humans have always searched for a panacea, a remedy for all diseases. In our modern world is there something simple that can improve the health of most people that consume it? Early settlers to the New World searched for the elusive Fountain of Youth. Many herbs, oils, and tonics have claimed this lofty goal, is it possible that anything exists that could obtain it? Is there at least one supplement or a couple of supplements that can at least help 75% of the people that take it?

What is Black Cumin Seed Oil?

Herbs and oils have been used for treating medical issues for many centuries in different indigenous cultures. Nigella sativa, known as black cumin or black seed is native to Southern Europe, North Africa, and Southwest Asia and is known for its use in Ayurvedic, Islamic, and Mediterranean medicine. Black Cumin seed has been used as an indigenous folk medicine as an ancient remedy for many different medical conditions and infections. 1

It would seem that black cumin seed oil can help improve many different medical ailments, but how does it help? Thymoquinone which is a major bioactive component (30%-48%) of the essential oil which seems to have most of its medicinal properties in the human body. Thymoquinone contains potent antioxidant and anti-inflammatory properties; it is hepatoprotective, anti-tumor activity, neuroprotective, and anti-microbial effects. Also, thymoquinone can enter systemically into the bloodstream through the capillaries of the gastrointestinal tract in differing amounts. Black cumin seed oil also contains a small amount of carvacrol (6%-12%) which is a broad spectrum, systemic anti-microbial phenol that is found in large amounts in oil of oregano. Finally, black cumin seed oil also contains small amounts of limonene and alpha-hederin, a water-soluble triterpinene, and saponin which is a potential anticancer agent. 3 4 5 6 7 8 9 10 11

How can Black Cumin Seed Oil Improve Your Digestion?

Black cumin seed oil was used in folk medicine as an anti-emetic, reduce indigestion, loss of appetite, bloating, and diarrhea. Black cumin seed oil is known to help with liver detoxification, intestinal dysbiosis, reduce inflammation in the intestinal tract, improve the quality of life for diabetics, reduces the formation of biofilm, and calms an overactive Th1/Th2/Th17 dominant immune system. Black cumin seed oil also improves anxiety, which many people suffer from with digestive issues, by improving the regulation of the neurotransmitter GABA.
12 13 14

Many of the above-listed microbes are known to cause opportunistic issues in people with intestinal dysbiosis. I have recommended the use of black cumin seed oil in people with H. pylori dysbiosis that I have coached with great success in suppressing overgrowth. I wonder if the proposed suppression of gastric cancer cells from black cumin seed oil could be from its high antioxidant, anti-inflammatory, anti-ulcer, and antimicrobial effects, especially against H. pylori. Black cumin seed oil must improve digestion by reducing opportunistic bacterial and Candida overgrowth, improving the microbiome. Thymoquinone also has known anti-biofilm properties (especially against Streptococcus), through the inhibition of the Fo part of ATP synthase which reduces bacterial biofilm formation and acid production. 17 18 19 20 21

Black cumin seed oil is very important for improving the function of the liver, gallbladder, and pancreas. So how does Thymoquinone, the major component of black cumin seed oil, help to protect the liver and improve detoxification?

Thymoquinone reduces liver inflammation by reducing oxidative stress produced by detoxification and iron metabolism in the liver. Thymoquinone inhibits iron-dependent lipid peroxidation in the liver and scavenges superoxide anions which both can produce significant amounts of oxidative stress in the liver. Thymoquinone also increases the production of glutathione, improves stage 1 and stage 2 detoxification enzymes, and superoxide dismutase which helps improve detoxification and mitochondrial function of the liver. Thymoquinone also reduces the production of the inflammatory cytokines which can cause increased inflammation in the liver and pancreas. Black cumin seed oil has been studied in humans with diabetes and has been shown to improve fasting blood glucose, activated the AMPK pathway to help regulate glucose transportation, and reduce insulin resistance. Black cumin seed oil would also increase the expression of bile into the small intestine because of its fat content, which would help to further digest fats, increase absorption of fat-soluble vitamins, and reduce microbial overgrowth. 23 24 25 26 27 28

What are the Potential Drawbacks of Supplementing with Black Cumin Seed Oil?

Though I am a huge proponent of the use of black cumin seed oil and have used it and recommend it to my clients to improve their health there are a few potential drawbacks associated with its use. Rarely, strong allergic reactions may occur with its ingestion, so make sure you put a drop of it on your skin to gauge if you will have an allergic reaction to the oil before ingestion. In addition, it can be quite harsh on the esophagus for some people, so it might need to be ingested using capsules or a few drops diluted in another oil like extra virgin olive oil, taken with meals to prevent irritation. Black cumin seed oil does contain a large amount of linoleic acid (omega-6) which in large doses and not enough omega-3 ingestion in the diet to balance, can cause inflammation. The fatty acid profile of black cumin seed oil is:

The seeds reported to contain a fatty oil rich in unsaturated fatty acids, mainly linoleic acid (50-60%), oleic acid (20%), eicodadienoic acid (3%) and dihomolinoleic acid (10%). Saturated fatty acids (palmitic, stearic acid) amount to about 30% or less. α-sitosterol is a major sterol, which accounts for 44% and 54% of the total sterols in Tunisian and Iranian varieties of black seed oils respectively, followed by stigmasterol.” 31

Black cumin seed oil does contain a good amount of the Omega 6 fatty acid, linoleic acid, which is one of the only few drawbacks against the use of black cumin seeds to improve your health. A majority of Americans have more omega 6 fatty acids circulating their bloodstream than omega 3’s, creating inflammation and health issues. A fatty acid is a chain of lipids bound to a carboxy backbone. The chain is either saturated or unsaturated because of the types of bonds in the attached triglycerides. Omega 3’s are considered to be polyunsaturated fats and contain at least two bonds. Your average American has an omega 6 to omega 3 ratio of at least 25:1. Omega 6 intake is necessary for cell membrane integrity, inflammation, and pain responses, but an excess of omega 6 causes systemic inflammation. Omega 3 intake helps to curb excess inflammation in the body. The optimal ratio of omega 3 to omega 6 is debatable, but I believe a 1(omega 3):4(omega 6) ratio is fine for most people. I would recommend that if you ingest black cumin seed oil to improve your health to make sure you take in enough Omega 3 fatty acids to offset any issues that they increased ingestion of Omega 6 fatty acids may cause.

Black seeds also contain a decent amount of phytoestrogen. For men or women that supplement with it and suffer from estrogen metabolism issues, they may react negatively to increased ingested amounts of the hormone. Finally, I do not recommend the ingestion of black seeds or black cumin seed oil for pregnant women because it may be abortive. 32 33

The following is a list of black cumin seed oil supplements that Fix Your Gut recommends to improve your health.

I recommend that you keep your black cumin seed oil products in the refrigerator to slow it from becoming rancid. I would also start with one teaspoon, daily of the oil mixed in with some vegetables with a meal or one to two soft gels daily with a meal. Black cumin seed oil can be quite strong tasting and is a powerful oil, so I would start with small doses of it to see how you react to the oil first before you increase the dosage.