The GERD Enigma: What is the Root Cause of Acid Reflux?

Acid reflux is a puzzling digestive disorder. Occasionally, a muscle separation will allow the cardia and the GE junction to slide upward causing a type 1 hiatal hernia 1 which can be confirmed by using radiographic, endoscopic, or manometric assessment 2. This form of herniation is closely associated with acid reflux, but it only accounts for a portion of all gastroesophageal reflux cases 3. Sufferers of type 1 hiatal hernias have the option for Nissen fundoplication to be performed, but the remaining cases are a medical quandary often difficult to solve.

1. Too Much Stomach Acid

Many doctors believe that the best treatment for acid reflux is to reduce the production of acid in the stomach. John has written an excellent article outlining H2 antagonists (Pepcid AC, Zantac) and proton pump inhibitors (Prilosec, Prevacid) which are medications that reduce the production of stomach acid. There are a lot of side effects with these medications, including an increased risk of heart attack with PPIs, but is it even a logical treatment? In the peer-reviewed literature, there is a strong correlation between GERD and hypochlorhydria, a condition in which the stomach acid pH is greater than four (too little stomach acid) 4. Antacids would not be effective in addressing the root of the problem. This also does not address the gastric pressure causing these fluids to reflux into the esophagus. The “too much acid” theory is the McDonald’s of the GERD causations.  Just because something is popular does not make it the best.

Many doctors and researchers are convinced that the acid reflux is caused by an H. pylori infection. It makes sense because H. pylori reduce stomach acid in the stomach and thrive in a higher pH environment. They also produce gas, which would explain the increased gastric pressure. In 2003, doctors at the Hospital Comarcal de Riotinto in Huelva, Spain attempted to prove this and produced a study 5 that is commonly known as the “H. pylori paradox.” The study shows that shows that there is a decreased rate of infection in GERD sufferers, and the more severe the GERD symptoms, the percentage of infections drops.

Many respectable doctors and researchers still believe in the H. pylori cause and are critical of the study. The researchers used an antigen test to determine whether the patient was infected with H. pylori. When H. pylori grow in numbers and becomes opportunistic, the body responds by producing IgG, IgA, and IgM antibodies and the best H. pylori test look for these Y-shaped proteins. Critics state that this test is not always accurate, and a biopsy should have been used instead. This test does produce both false positives and false negatives (roughly 10% each), but the sample size is big enough to cover the margin of error. There is also a fringe theory that there may be an immune deficiency and that GERD sufferers’ bodies do not fight H. pylori. This theory has not been tested, but given the number of people in the study who tested negative for H. pylori, it is highly unlikely.

The best treatment for fighting H. Pylori is zinc carnosine. The Japanese have been using this for years to treat peptic ulcers 6. If you have ulcers and acid reflux, this might be worth a try.

Campylobacter are usually associated with diarrhea and not many doctors look for this pathogen in the upper GI. An older study 7 used a sample size of 96, used biopsies and had a confidence interval of 0.01. The upper GI Campylobacter infection would explain the gastric pressure, the hypochlorhydria, and it is theorized that their overgrowth could explain the H. pylori die off. D-limonene is an excellent supplement that damages the cell walls of the Campylobacter. If you have acid reflux and think that it might be caused by Campylobacter, it is a low cost treatment that could be your silver bullet.

There are a number of causes for hypochlorhydria. Bacterial overgrowth, nutrient deficiencies (like sodium chloride deficiency, and B12), and even the use of PPIs can raise stomach pH to suboptimal levels. Stomach acid keeps bacteria levels down and their overgrowth can create gas pushing fluid into the esophagus 8. Studies also indicate that the lower esophageal sphincter will not fully close unless there is enough stomach acid present in the stomach 9.

Many naturopaths prescribe betaine HCL to combat hypochlorhydria. This is the opposite of a PPI as betaine HCL works as an acidifier in the stomach. By taking this supplement, the body will begin to make less stomach acid of its own which can complicate things. One would then have to take betaine HCL indefinitely, taper off, or worsen their hypochlorhydria when they discontinue treatment. Digestive bitters are a superior treatment. They encourage your body to produce more stomach acid of its own without interfering with endogenous production.

Which theory should I go with?

Try to get as much data as you can. Have you been taking PPIs? Do you suffer from hypochlorhydria? Do you have bacterial overgrowth? Get enough data and pick a treatment that makes the most sense.  Make sure to work with your doctor. In severe cases of bacterial overgrowth, antibiotics may be needed. 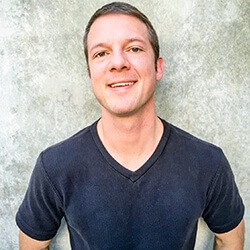