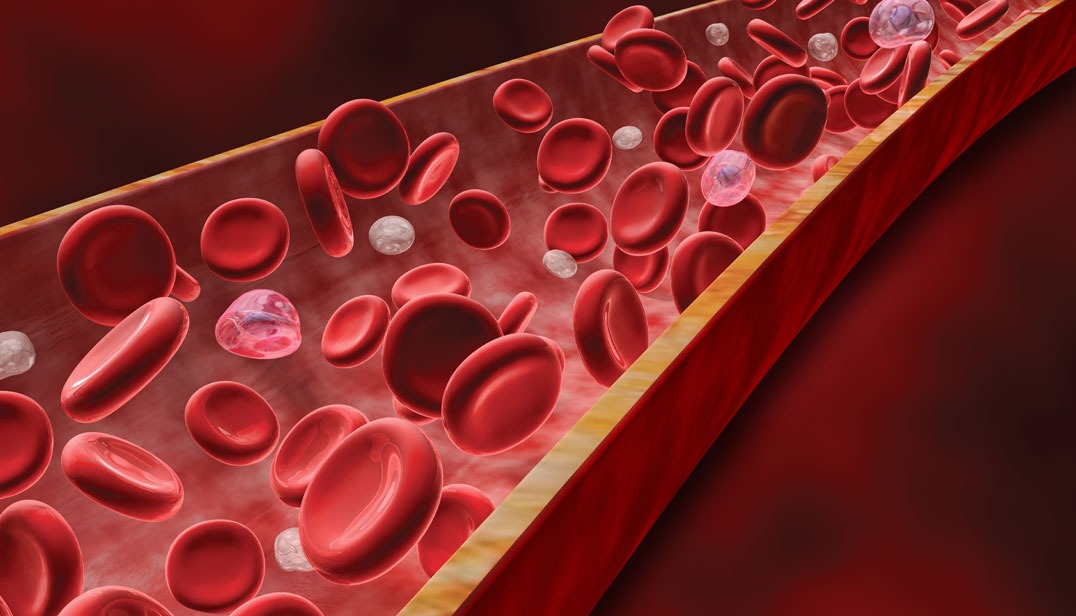 When someone is suffering from dysbiosis, imbalances within the body can readily occur and make people ill. Upper gut dysbiosis is becoming more well-known and is separate from SIBO (small intestinal bacterial overgrowth) and colonic overgrowth. With new research, we get great insight on previously unknown health issues and what can be done. Most upper gut dysbiotic bacteria produce excessive ammonia and in doing so increases the body’s burden causing people to become ill. So, what is ammonia and how does too much of it contribute to poor health?

Ammonia is a nitrogen and hydrogen compound that is produced by many animals, smells (sweat and urine can reek of ammonia and its byproducts), and has many industrial uses in our modern world. Some plants do rely on it for nitrogen in the soil for growth. Legumes produce ammonia for the soil to improve its quality for other plants. Ammonia is a normal by-product of amino acid catabolism and gluconeogenesis that is normally filtered by out kidneys then excreted in urine. Our body metabolizes ammonia into urea known as the urea cycle. The urea cycle occurs in the liver mitochondria and cytosol where ammonia is converted into urea then released into the bloodstream where it is filtered by the kidney’s and eliminated from the body through urination. Most aquatic organisms do not convert ammonia to urea, and too much concentration without proper metabolism is lethal.[cite 1] [cite 2]

“Main sources of ammonia are the colon (through bacterial metabolism of proteins and urea) and small intestine (through bacterial degradation of glutamine). In a healthy human, the main metabolic route is an uptake of ammonia by periportal hepatocytes followed by urea synthesis via the urea cycle. Ammonia that escapes this pathway is converted to glutamine in perivenous hepatocytes. Hepatic transformation of ammonia into urea and subsequent excretion of urea via colon or kidneys prevent entrance of ammonia into the systemic circulation. If the hepatic metabolic capacity is exceeded, or if ammonia bypasses the liver by shunting of blood, circulating ammonia levels increase and elimination of ammonia is shifted to kidneys, brain, and skeletal muscle. Ammonia that reaches the brain can be metabolized by forming glutamine from glutamate, mostly in astrocytes with subsequent transfer of glutamine to neurons, and deamination of glutamine resulting in the formation of the neurotransmitter glutamate. Muscle adds to the metabolism process by ammonia uptake and synthesis of glutamine. Ammonia excretion through the kidneys, usually accounting for excretion of 30% of ammonia, can be upregulated to 70%.”[cite 3]

Ammonia does serve a purpose for homeostasis; it is important for the natural acid/alkaline balance in our body. Metabolism of amino acids produces a lot of acid in the body. The high amount of protein in the standard American diet cause the kidneys and pancreas to have a difficult time producing and reabsorbing enough bicarbonate to maintain our body’s natural pH levels. Renal bicarbonate generation requires proper ammonia metabolism to help the kidneys maintain proper pH levels.[cite 4]

“Under basal conditions, ammonia metabolism, which includes net ammoniagenesis and renal epithelial cell ammonia transport leading to urinary ammonia excretion, is the quantitatively greater component of new bicarbonate generation. In response to exogenous acid loads, changes in ammonia excretion substantially exceed changes in titratable acid excretion. In the electrolyte disorder of hypokalemia there is increased ammonia production and excretion, and this appears to be an important factor in the genesis of the resulting metabolic alkalosis. Organic anion excretion also contributes to acid-base homeostasis, but appears to be a substantially smaller component.”[cite 5]

Ammonia, like many metabolism byproducts (including hydrogen sulfide), are toxic in large quantities when our body is unable to metabolize them but are necessary for homeostasis. What are the symptoms of not being able to eliminate excessive ammonia also known as hyperammonemia?[cite 6] [cite 7] [cite 8]

The causes of hyperammonemia, which can differ in severity, include genetical errors of metabolism, acute or chronic liver failure, acute or chronic kidney failure, valproic acid medication use (deficiency in L-carnitine), severe dehydration, CBS (cystathionine beta synthase) gene mutations urinary tract, kidney, and gut dysbiosis. Diagnostic tests to determine hyperammonemia are serum amino acid levels, urea urine level testing, urinary orotic acid testing, plasma and urinary organic acid levels, pH serum and urine testing, and urinary ketone testing. MRI or CT scans of the brain, kidney’s or liver might be ordered and a stool culture if gut dysbiosis is suspected. Our body produces it but what about the microbes in our gut? If you have dysbiosis that favors its production can it cause poor health and if so what can be done about it?[cite 9] [cite 10] [cite 11] [cite 12]

Ammonia and Our Gut

Many organisms in our gut also produce ammonia. Upper gut bacteria can break down amino acids into nitrogen compounds including ammonia and some produce the enzyme urease which converts urea back into ammonia. Ammonia production and urea conversion by bacteria in our gut is normal. When our gut microbiome is in balance our liver and kidneys can easily handle ammonia metabolism. Some bacteria also produce ammonia or convert urea to help them thrive in our gut, reduce antimicrobial efficiency (if they require a certain pH to be effective) and when overgrown cause dysbiosis. H. pylori, for example, can utilize amino acids and produce urease to increase ammonia concentration to help buffer stomach acid and raise stomach pH to increase colonization and virulence. H. pylori has a difficult time surviving in our stomach in a low pH environment. It tends to be probiotic and colonizes the mucosal lining of the stomach when pH and acid production is normal. Dysbiosis can increase ammonia production within our gut and many people with upper gut overgrowth have liver health issues, which decreases ammonia secretion.[cite 13] [cite 14]

Both probiotic bacteria and opportunistic strains produce ammonia. If you are dealing with dysbiosis and are having issues clearing ammonia, it may not matter if you have an overgrowth of a normally probiotic bacteria or opportunistic strains both can cause issues. Dysbiotic upper gut flora can also cause liver inflammation and digestive issues like constipation, which both increase the body’s load. So, if you are dealing with subclinical or severe hyperammonemia what can be done about it?

Fixing your gut is one of the first steps you should do to work on reducing your ammonia burden. Most people with gut issues that are dealing with hyperammonemia need to reduce the overgrowth they are dealing with, whether it is SIBO, SIYO (small intestine yeast overgrowth), or an upper gut dysbiosis. If you are suffering from H. pylori overgrowth for example in your upper gut that is producing excess ammonia you want to reduce the overgrowth to see if it relieves your symptoms. Eating a diet that is lower in protein and is higher in fat, healthy carbohydrates, and vegetables might be important in controlling symptoms of elevated ammonia production from the gut. If you are dealing with upper gut overgrowth like H. pylori, in addition, I would refrain from ingesting isolated amino acids like L-glutamine specifically, which can increase virulence and ammonia production.

The health of one’s kidneys and liver are important for the metabolism of ammonia. Supplementation of glutathione (use with caution if you have a CBS mutation or hydrogen sulfide overgrowth, if you do just supplement with vitamin C to improve endogenous glutathione recycling) may improve liver function to help metabolize ammonia. Supplementation of a few grams of vitamin C daily with glutathione may increase ammonia metabolism by increasing glutathione recycling. I also recommend trying the supplement D-limonene to reduce both upper gut overgrowth that produce ammonia (listed organisms above) and liver function by increasing stage one and two liver enzyme production leading to increased detoxification and protection. Activated charcoal can help absorb excess ammonia in the gut, taking one to two capsules in between meals can help reduce your ammonia burden and help improve the function of your liver and kidneys. Yucca schidigera supplementation might be able to help absorb ammonia or the yucca saponins might be effective against many ammonia-producing organisms, either way, it has been shown to help people suffering from ammonia issues.[cite 20] [cite 21]

Magnesium supplementation may help reduce increased glutamate excitability from elevated ammonia by being an NMDA (N-methyl-D-aspartate) antagonist. Increased ammonia can over-activate NMDA receptors, causing calcium influx, excitotoxicity within the brain. The increased neural excitotoxicity causes anxiety, visual snow, migraines, cognitive issues, brain mitochondrial dysfunction, emotional instability, and, if severe enough, seizures. The amino acids glycine and L-glutamine in supplemental amounts may cause issues in people with ammonia burdens. I would recommend avoiding supplemental L-glutamine in large doses (5,000 mg or more but some people may react to any amount at all) and sugar which may feed upper gut overgrowth to produce excessive ammonia. Even though L-glutamine in studies has shown to help protect the body from excessive ammonia, I do not recommend its use in people with upper gut overgrowth. Ingestion of too much of the amino acids glycine and L-glutamine may over-activate NMDA receptors and increase upper gut dysbiosis. Finally, I recommend most people with ammonia producing dysbiosis to avoid supplements that contain large amounts of amino acids or protein supplements like whey protein.[cite 22]

Supplementation of the amino acid L-ornithine may reduce ammonia concentrations in the body because it is used in the urea cycle to convert ammonia into urea. Start with small doses of about 250 mg – 500 mg and increase when needed. High doses have been associated with increased brain fog from accelerated ammonia metabolism that a taxed liver and kidneys and liver have difficulty metabolizing. Finally, supplementation of oxaloacetate which is also an important part of the urea cycle may increase ammonia conversion and clearance from the body as well.[cite 23] [cite 24]

Supplementing with the prebiotic arabinogalactan might improve the health of your microbiome and reduce ammonia producing bacteria colonies in your digestive tract.

Genetic mutations can play a role in someone developing hyperammonemia. CBS (cystathionine beta synthase) is a gene that converts homocysteine into cystathionine and is a part of sulfur metabolism (transsulfuration) and glutathione synthesis. CBS pathway upregulation from genetic mutations results in a higher production of ammonia, urinary sulfates, and a decrease in glutathione production and recycling. If you are suffering from CBS mutations and hydrogen sulfide overgrowth like mentioned above you want to restrict thiols in the diet, supplement with molybdenum, consider supplementing with vitamin C to increase glutathione recycling, improve liver health, reduce dysbiosis to improve ammonia and hydrogen sulfide metabolism.[cite 25]

Ammonia is an endogenous byproduct of our daily life. However, when we suffer from weak liver, kidney, or digestive health ammonia can build up and cause ill health. For most people with hyperammonemia, their issues stem from gut dysbiosis that produces too much for their body to handle. Resolving the dysbiosis, fixing the gut, and improve liver and kidney function should help return urea cycle homeostasis and symptoms should improve. Imbalances in the body in our modern world stem from digestive issues and dysbiosis, improving them should enhance your overall health, so work hard to Fix Your Gut!