C-Sections and Their Effect on Infant Gut Health 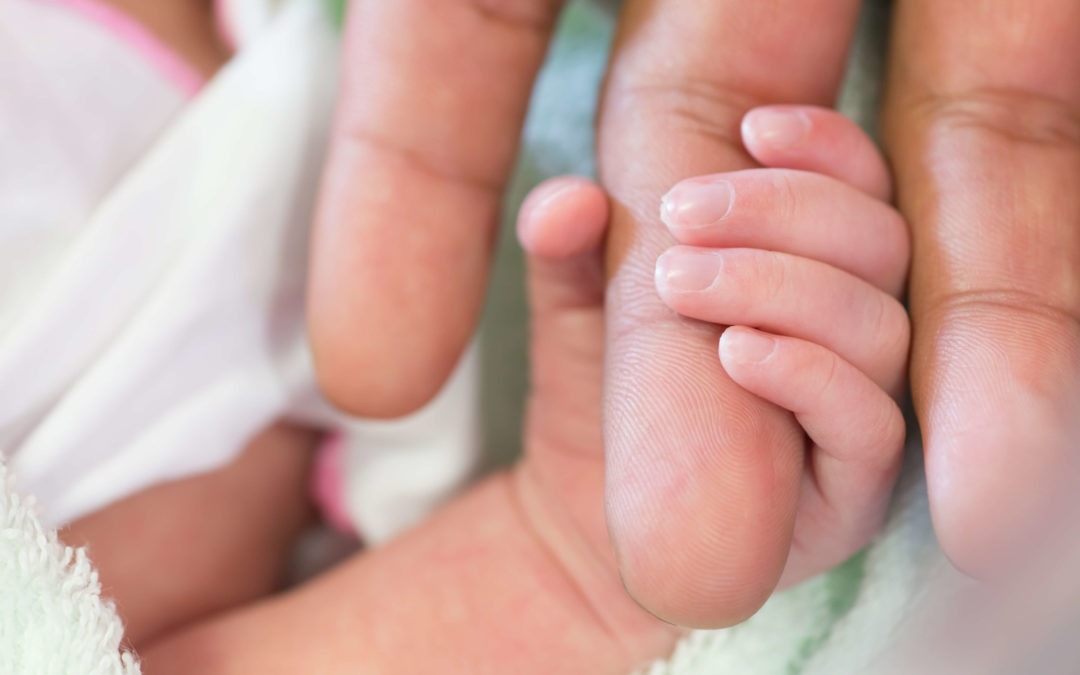 Cesarean section, performed when medically necessary, is an essential surgery for both mother and baby survival. For 2018, 32% of all infant deliveries were by C-section in the United States of America. C-section deliveries have many risks involved and are an extensive surgery. One of the least discussed complications of having a C-section is the possible negative effect on an infant’s gut health after the surgery is performed. More research has been done over the past decade to determine the gastrointestinal microbiome and health differences between infants born by natural or C-section deliveries. For example, C-section delivered infants have a greater chance of developing childhood asthma if their gut microbiomes remained the same after one year of age than vaginally delivered infants. So, what are the differences between the intestinal microbiomes of infants born vaginally or by C-section? 1 2

When an infant is delivered vaginally, the infant travels through the birth canal and is exposed to their mother’s vaginal microbiome (hopefully the microbiome is healthy). The infant’s brief exposure to their mother’s microbiome is an important source for the beginning of the infant’s microbiome colonization. However, during a C-section, this direct vaginal microbiome “seeding” is missing. Bacteria within the environment colonize the infant’s microbiome. Multiple studies have discussed how much there is of a difference in the microbiome of C-section delivered infants. A recent study showed that children born by C-section had more significant colonies of opportunistic bacteria, including Clostridioides Difficile, Enterococcus, Enterobacter, Klebsiella, Staphylococcus, Streptococcus. The difference was such as stark contrast between the two delivery methods and the health of the infant microbiome that one of the authors of the study Trevor Lawley, stated, “I could take a sample from a child and tell you with a high-level certainty how they were born.” According to the study, months after birth, the infant’s microbiomes started to look more similar when tested. However, one very crucial commensal bacteria was found to be significantly reduced, Bacteroides. 3 4 5

Bacteroides are Gram-negative, anaerobic (but can survive in oxygenated environments), non-endospore-forming bacteria. Since they are Gram-negative bacteria, lipopolysaccharides (endotoxins) comprise their cell wall. Granted, Bacteroides endotoxins do not cause as strong of an immune reaction or inflammation when compared to other bacteria such as Proteobacteria (Helicobacter and Klebsiella are examples). Bacteroides are also widely distributed throughout our environment. Bacteroides endotoxins help regulate our infant gastrointestinal immune system in our gut-associated lymphatic tissue. Bacteroides are found in the soil, in the ocean, and frequently on the skin and in animals’ gut microbiome. Finally, other studies have shown that C-section delivered infants also have reduced colonization of probiotic bacteria Lactobacillus and Bifidobacteria. 6 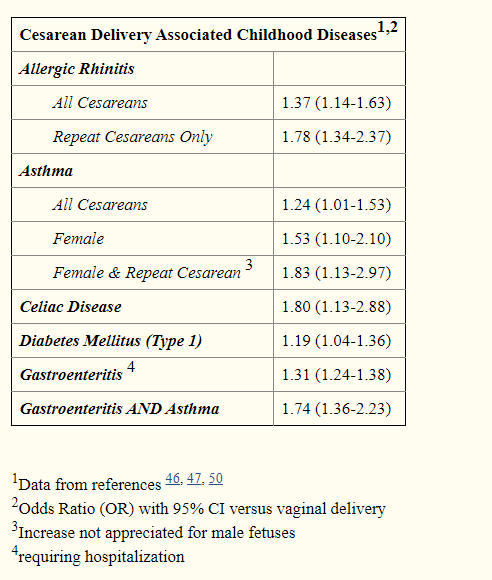 If You Have a C-Section What Can Be Done To Improve Your Infant’s Microbiome?

Breastfeeding is crucial to improve your infant’s gastrointestinal microbiome. Eat a healthy diet like the Perfect Health Diet and eat organic, unprocessed food when possible while breastfeeding will hopefully improve the quality of your milk. Vaginal seeding is also currently being studied to see if it can enhance a C-section delivered infant’s microbiome. Vaginal seeding is when vaginal fluids are taken from the mother after birth with a cotton swab and transfer vaginal flora to the infant’s mouth, nose, and/or skin. Generally, I do not recommend vaginal seeding. However, if your vaginal microbiome is relatively healthy and you have had no bacterial vaginosis or yeast infections for longer than six months (longer the better) before the birth, I would ask your obstetrician about it. I would recommend anyone who has ever had a sexually transmitted disease not to practice vaginal seeding, especially if you have or suffer from vaginal Herpes (birth-acquired Herpes can cause severe disease). In severe cases of C-section derived dysbiosis, fecal matter transplants might be necessary, but we need to study their use in infants more before I can recommend their use. Finally, asking your healthcare professional about your infant supplementing with a great probiotic like Infant Smidge Probiotic Powder may improve their gastrointestinal microbiome and hopefully prevent or relieve their dysbiosis. 8 9