Dopamine, What Is It and Why It Is Important for Motivation, Happiness, and Digestion 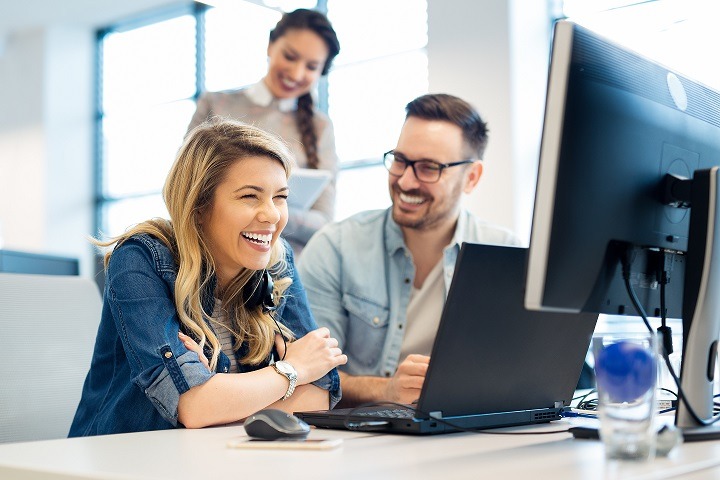 Dopamine, What Is It and Why It Is Important for Motivation, Happiness, and Digestion

Most people associate happiness with serotonin and the use of anti-depressants, but serotonin is more of the neurotransmitter associated with mood stabilization and wakefulness. Though both neurotransmitters are associated with alertness, dopamine is one of the main hormones which makes us feel happy and motivated. However, when homeostasis of the hormone is disrupted anxiety, mania, apathy, and depression occur depending on the fluctuation of the neurotransmitter. We are exposed to a lot of dopamine manipulators in our modern life, from our Facebook addiction, excessive blue light exposure, gambling, to sadly epidemic narcotics abuse. So, what is dopamine? What does proper regulation of this neurotransmitter have to do with our health, and what can be done to return it to homeostasis when needed?

Plants produce the neurotransmitter and many foods that we consume contain it. Ingesting dopamine from food does not increase the amount of dopamine within our brain, Ingested dopamine is metabolized into dopamine sulfate within the mesentery and enters the bloodstream where it is filtered but the kidney’s and is excreted. “Plasma dopamine sulfate derives mainly from sulfoconjugation of dopamine synthesized from L-DOPA in the gastrointestinal tract. Both dietary and endogenous determinants affect plasma dopamine sulfate. The findings suggest an enzymatic gut-blood barrier for detoxifying exogenous dopamine and delimiting autocrine/paracrine effects of endogenous dopamine generated in a “third catecholamine system.” 4 5

The neurotransmitter cannot cross the blood-brain barrier (L-DOPA, however, can cross the blood-brain barrier) because of lack of a proper transporter, and it is not lipid soluble. What amount of the neurotransmitter that is needed by the brain must be produced within. Dopamine is also a precursor for the synthesis of the neurotransmitters norepinephrine and epinephrine. Dopamine is converted into norepinephrine by the enzyme dopamine β-hydroxylase that requires copper, oxygen, and ascorbic acid to be produced. Norepinephrine is converted into epinephrine by the enzyme phenylethanolamine N-methyltransferase with S-adenosyl-L-methionine as the cofactor. Dopamine is broken down into homovanillic acid and catabolized by three enzymes, monoamine oxidase, catechol-O-methyl transferase, and aldehyde dehydrogenase to be eliminated by the kidneys in urine. Any polymorphisms in the genes that code these enzymes (which cause a deficiency in those enzymes) can lead to improper homeostasis.6 7 8

What Does Dopamine Do for Our Health?

Dopamine is the primary neurotransmitter that is associated with pleasure. Dopamine is one of the neurotransmitters that make us feel the emotion of happiness. Recent research has shown that dopamine has less to do with happiness and more to do with motivation and attentiveness. Our brain contains a dopamine reward pathway, which motivates us to be successful and obtain happiness. The brain produces dopamine when we obtain a reward that benefits us or people important to us. Primary rewards, which are rewards that are necessary for survival are sexual contact, liquids if we are thirsty, food if we are hungry, and positive parental care (including lactation) increase dopamine. Secondary rewards, which are rewards that are not inherently pleasurable or are not needed for survival can also increase dopamine, including winning the lottery, drug use like opioids, or your favorite sports team winning. Many people are aware that secondary rewards can lead to addiction including gambling or drug use, but primary rewards can as well, sex addiction and overeating.11

The body should tightly regulate dopamine production and utilization so we can maintain a healthy life. However, in our modern world, our environment causes sharp dopamine fluctuations. Excessive blue light exposure from our increased use of artificial lighting and constant need for screen time is having a drastic effect on our dopamine levels. One of the main triggers for dopamine production is retinal blue light exposure through the interaction of ultraviolet light and tyrosine. “Dopamine is a well-known modulator of circadian rhythms in the retina. In particular, the circadian release of vertebrate retinal DA (either endogenously expressed in the interplexiform, amacrine, or both cells, depending on the species) allows for proper light adaptation and transmission of light information to the SCN, via the melanopsin-expressing ipRGCs.” Light exposure and circadian rhythm genes also regulate the enzyme tyrosine hydroxylase. Dopamine production is strongly regulated by circadian rhythm and natural daytime light exposure. Increased artificial light exposure in our modern lives, especially at night is creating excessive amounts of dopamine and in doing so dramatically increases dopamine oxidation.18 19

Some studies link proper natural light exposure and a decrease in the risk of developing Parkinson’s disease and depression. Seasonal effective disorder (depression that differs from the seasons, increases in the fall and winter) has been linked to a lack of natural light exposure during the fall and winter. Most people link it to a reduction of serotonin and depression. However, some studies that link it to a reduction of dopamine from a lack of natural light. There are also studies that link an increase in dopamine oxidation and the increased risk of developing Parkinson’s disease from excessive artificial light exposure. Finally, increased dopamine directly inhibits nighttime production of melatonin. What harm have we done to our health in the sake of our modern comforts?20 21 22 23 24

What Are Symptoms of Improper Dopamine Homeostasis?25 26 27 28

Symptoms of lower production and utilization:

Symptoms of elevated production and utilization:

What Can Be Done to Reclaim Proper Dopamine Homeostasis?

There are several endogenous chemicals which affect digestion including: