Strengthen that LES to Protect Against GERD!

The lower esophageal sphincter (LES) is a sphincter that connects the top of the stomach with the bottom of the esophagus. The LES first relaxes to allow food to enter the stomach. The LES then closes tightly after food enters the stomach to keep stomach acid and pepsin from traveling up the esophagus. The LES can also relax to allow air to travel out of the stomach in the form of a burp. The LES also naturally relaxes to allow vomiting. The LES must maintain proper muscle tone and pressure. Too little pressure and muscle tone, may cause reflux if increased intra-abdominal pressure or a reduction in gravity is present. For example what happens if you have a weak LES and you lay down to go to bed after eating a snack? A lack of gravity putting pressure on the sphincter from laying down may relax it and cause nighttime reflux. Finally, if the LES muscle tone is too tight and it fails to relax, it may cause a condition called achalasia. When achalasia occurs food can become stuck in the esophagus after swallowing, causing choking, regurgitation, and chest pain.1

The lower esophageal sphincter may become weakened over a period of time from:

If your LES is weakened, excess intra-abdominal pressure can easily push gastric contents into the esophagus causing reflux. In addition, if the LES is weakened, reflux can easily occur during sleep because of the lack of LES pressure that would normally hold gastric contents in place.8 Sleeping on your left side at night is more anatomically correct. Sleeping on your left side can increase LES pressure causing it to remain closed and help relieve nighttime reflux. Strengthening the LES is hard because there are not many exercises that can be used to straighten the sphincter (research states that breathing exercises may help). You can, however, take excess pressure off the LES and stomach physically by wearing loose clothing and by losing excess weight to help it strengthen. You can also limit foods that weaken the LES, treat SIBO, and finally attempt to switch medicines that do not weaken your LES. Some supplements can help by strengthening the LES, lower gastric pressure, and repair nerve damage. All of these suggestions should help your LES function better.

If all else fails to relieve LES problems, try supplemental melatonin:

Calcium citrate, in theory, should strengthen the LES when it comes into direct contact with it. This can happen when you drink the calcium mixed with water in a powder. One of calcium’s roles in the body is to be used as a toner in muscle contractions. Calcium citrate strengthening the LES is just a theory, no in vivo studies have been done. 9

R-lipoic acid has multiple benefits in the body but in this role it works by ensuring that the LES has little nerve damage and also strengthens the vagus nerve.10

Digestive enzymes help break down the food in the stomach, which reduces gas and pressure on the LES.

Melatonin has been shown to increase LES tone and pressure. The hormone that is produced during sleep is also a strong antioxidant that can lower inflammation and promote healing. Also, melatonin reduces stomach acid and gastrin production while we sleep.11 12 13 14 15

Take one capsule of Enzymedica Digest Gold at the start of a meal (twice a day) to help with digestion and food breakdown if you have infrequent indigestion. Digest Gold contains an optimal blend of different digestive and systemic enzymes as well as a blend of different amylases, proteases, cellulases, and lipases. Enzymedica has added ATPro to their enzyme, which is a blend of supplements and magnesium that can help stimulate pepsin and gastric acid production by increasing ATP production. Enzymedica has found a way to help the body naturally increase stomach acid without having to use betaine HCL or pepsin directly. I do not recommend that people with mercury amalgams or people who are mercury burdened supplement with Digest Gold because of the ALA (alpha lipoic acid) in ATPro. If you are suffering from a mercury burden or have mercury amalgams I cannot recommend Digest Gold because the ALA might improperly mobilize mercury, instead I recommend you use Gutzyme. Adenosine triphosphate is a form of energy that the body produces but is also important in the regulation of the timing of the digestive system.

Gentian is a bitter herb from a plant native to China and is used in most digestive bitter formulas. Gentian has been shown to help ease gallbladder issues and indigestion. It helps increase appetite, stimulates the production of digestive juices, increases pancreatic activity, and boosts blood supply to the digestive organs. It also is known to stimulate the flow of bile as well. If you have an ulcer do not use gentian, it can irritate it!

Out of the three recommend digestive enzymes I recommend Urban Moonshine Citrus because of the edition of D-limonene. Do not use any digestive bitter supplement that contains alcohol if you have severe gastritis or a ulcer. Urban moonshine offers a digestive bitter supplement that uses apple cider vinegar instead of alcohol that you might be able to tolerate if you have gastritis or an ulcer.

Check out our Recommended Supplements page! 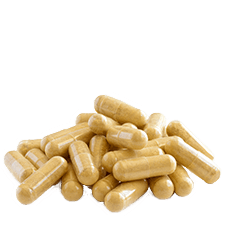