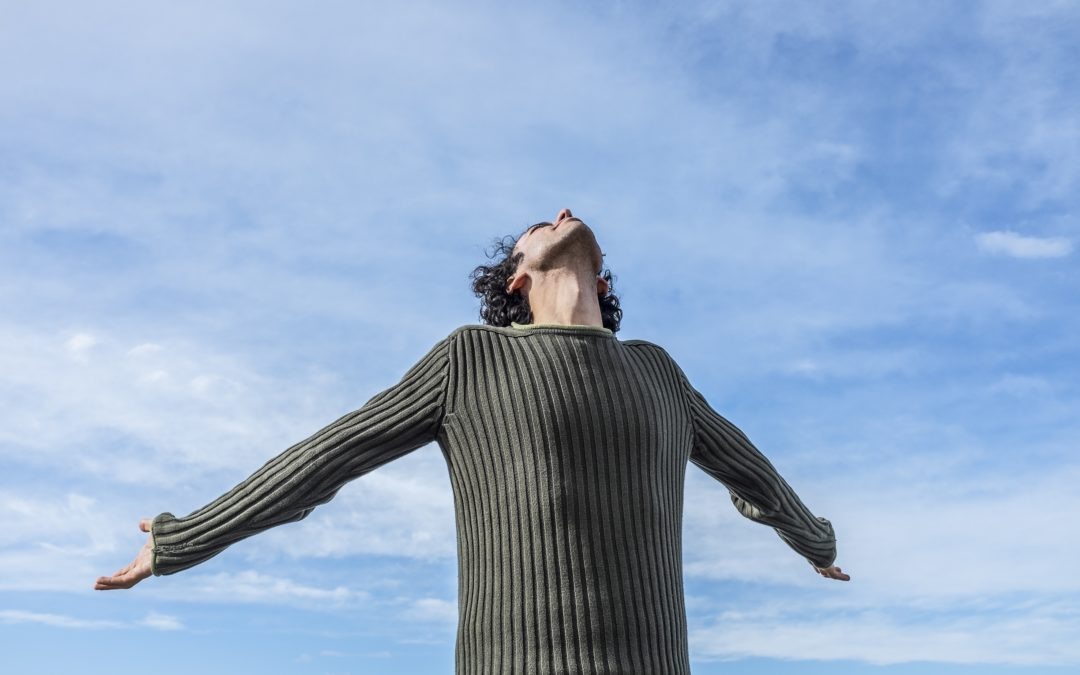 Upper gut digestive issues as the cause of shortness of breath are widespread and overlooked. Many people go to their doctors complaining of breathing issues and are told their lungs are healthy. Your lungs sound clear, your oxygen saturation is healthy, and your lungs appear normal on diagnostic scans, yet you still deal with occasional or constant shortness of breath, and it is worrisome. You eventually get diagnosed with anxiety and you are sent on your way with no diagnosis, comfort, or relief. Most doctors look at this condition as “perceived breathlessness” because there appears to be no direct cause of the troubled breathing. However, for most people with digestive problems the dyspnea (breathlessness) is real and has many direct reasons and solutions.

I suffered from asthma as a child, so I have suffered the differences between constrictive dyspnea (asthma) and upper gut digestive issues causing dyspnea. When I had asthma in my youth, my lung bronchi would become inflamed and constrict, causing wheezing, dyspnea, chest tightness, coughing, and low oxygen saturation. My allergy specialist could easily tell when I was having an asthmatic episode, there were clear cut presentable symptoms of the disease and I was given medication to treat it. I would take Albuterol (a short acting B2 adrenergic agonist) to dilate the smooth muscle in the airway so I could breathe better and wait until the episode passed. Later, in my early adulthood when I developed H. pylori upper gut dysbiosis I started having breathing issues again, but this time they were much different in presentation. I would have dyspnea, I felt like I could not take in a full breath sometimes and my breathing became more forceful and less autonomic. I visted many different doctors to see if they could determine what was happening. But since I did not have any other symptoms of asthma then dyspnea, my oxygen saturation was normal, and my diagnostic scans were clean, I was sent away with the diagnosis of “anxiety related perceived breathlessness”.

I wish I knew more about upper gut digestive issues eight years ago. I would have known that the issues I was having was not anxiety related but had a real cause. My cause was H. pylori caused upper gut dysbiosis that created much gas and stomach pressure that triggered my breathing issues. I later discovered a lesser known condition in the United States (it is well known in Germany) called Roemheld syndrome. Roemheld syndrome is also known as gastric-cardia syndrome and was discovered by Ludwig Roemheld in the 1930’s. The syndrome has many different triggers and most commonly is caused by upper gut dysbiosis. Mechanical triggers of the illness occur when pressure is placed on the fundus of the stomach or the esophagus. When the increased epigastric pressure occurs the diaphragm’s position is elevated and puts pressure on the heart, diaphragm, lungs, and vagus nerve. Hiatal hernia’s are known to be a significant mechanical trigger of Roemheld syndrome. Increased gas in the upper gut can also greatly expand the stomach or cause a sliding hiatal hernia, which will increase abdominal pressure triggering Roemheld syndrome. Displacing and restricting the diaphragm also interrupts the autonomic nervous system causing you to become aware of your labored breathing and trigger abdominal breathing. When excessive pressure is put on the diaphragm and the lungs, dyspnea may show up as the exact symptoms I had. I felt like I could not complete a full breath and felt increased chest and abdominal pressure.1 2

Reflux dyspnea manifests itself differently than Roemheld syndrome and causes symptoms that appear like asthma. Different types of stomach and duodenal contents can be refluxed into the upper esophagus causing dyspnea. Minute reflux particulates or rarely large amounts of emesis can be aspirated into the lungs. Aspirating reflux into the lungs can cause many different symptoms including lung inflammation, constriction, wheezing, coughing, lower oxygen saturation, and if severe enough aspiration pneumonia. These symptoms may appear to some physicians as asthma, but if you have symptoms of upper gut dysbiosis or structural issues including gastritis, reflux, abdominal hernia, hiatal hernia, abdominal pain, poor oral health, or constipation then reflux dyspnea might be the cause of your “asthmatic symptoms.”3 4 5 6

Well if you breathing issues are caused by upper gut dysbiosis than improving your upper gut microbiome is probably the best way to improve your issues. There are a few people that have structural issues not caused by dysbiosis like people with abdominal hernia repair that might be limited in what they can do to improve their breathing. For people that are suffering from reflux or Roemheld dyspnea there are many different tips that you can do try to help improve your breathing issues: