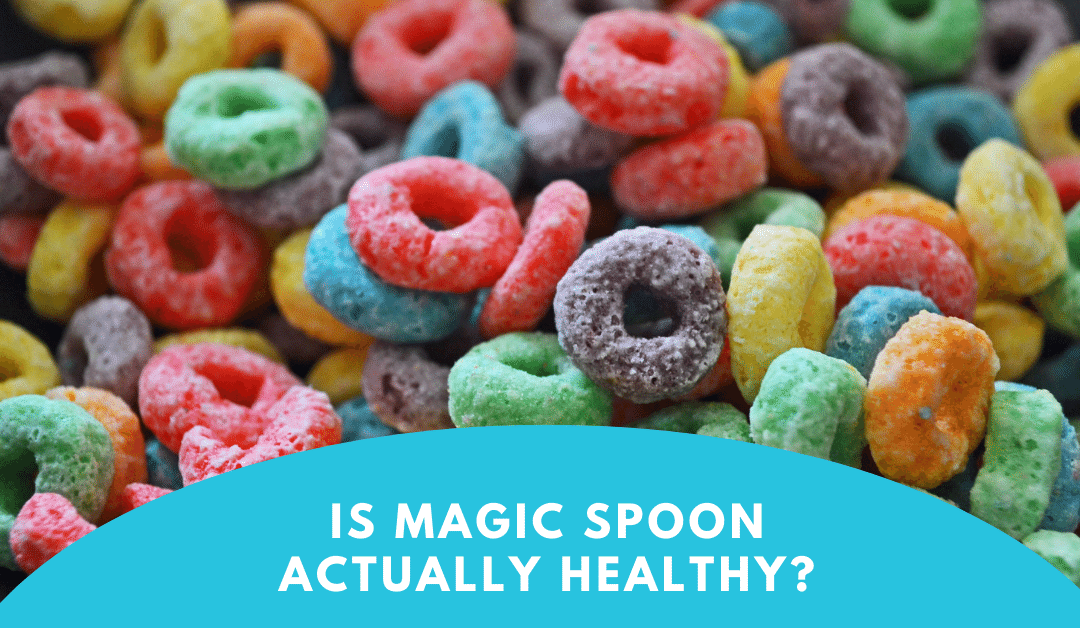 Numerous influencers on YouTube are advertising a popular ketogenic breakfast cereal on their channels, Magic Spoon. The cereal contains a good amount of protein per serving, is low carb, has zero grams of sugar, is gluten-free, and contains only natural flavors and colors. Magic Spoon commercials make it seem like it is the perfect healthy keto breakfast for people on the go. But is Magic Spoon as healthy as the advertisements make it out to be?

The Issues With Magic Spoon

I do not recommend people consume cereal very often. Occasionally eating a box of cereal over a few days should be fine for most people. At first glance of the Magic Spoon label, the cereal appears healthier compared to many non-organic mass-produced breakfast cereals, which might be true.

Many breakfast cereals contain gluten, copious amounts of sugar, are full of the weed killer glyphosate, and contain genetically modified ingredients. Most breakfast cereals are horrible for your overall health to ingest frequently. Some issues I have with Magic Spoon include:

That being said, eating pastured organic eggs and bacon or blueberries and organic macadamia nuts for breakfast is probably better for you than eating breakfast cereal.

Let’s review what you eat every day?

I’ve helped tens of thousands of people with their diet and gut health. Click here to book a coaching session with me, because it’s worth your time.