Candida Dysbiosis, Are You Suffering from It and What to Do About It 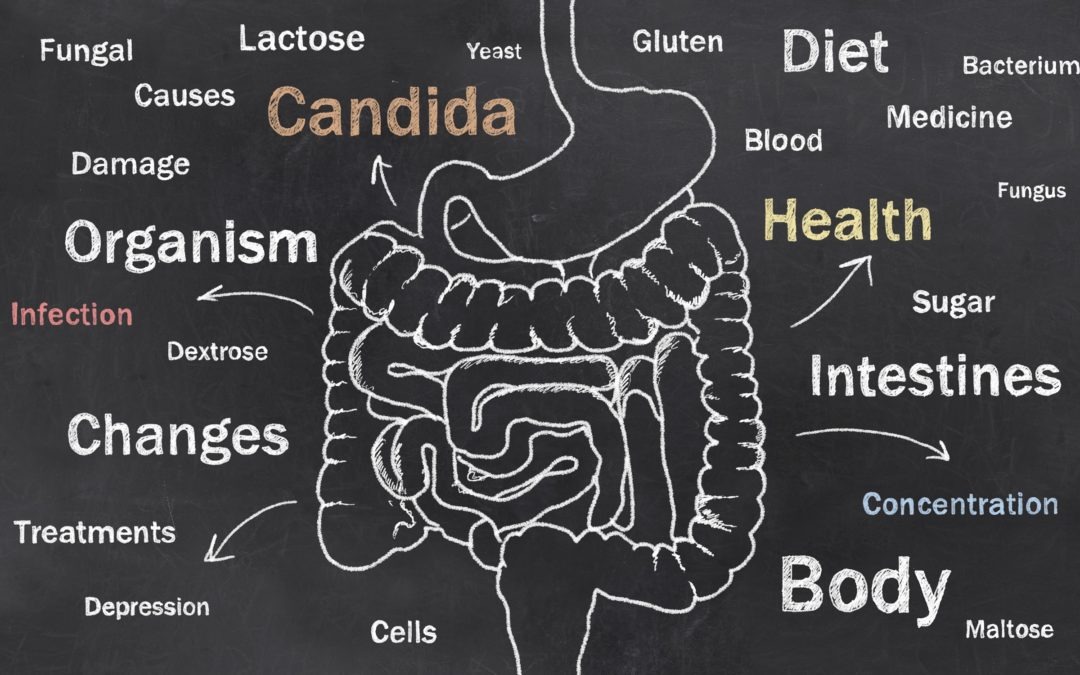 Candida Dysbiosis, Are You Suffering from It?

All About Candida Dysbiosis

Candida is a genus of yeasts found within most humans’ intestinal and vaginal flora and is generally considered commensal unless overgrown. Candida can become opportunistic and cause numerous, if not severe, health issues. One of the leading causes of developing opportunistic Candida dysbiosis is frequent or extended antibiotic usage. Frequent or extended antibiotic usage reduces colonies of probiotic bacteria that usually keep Candida from overgrowing and becoming dysbiotic flora. Using long-term steroid medications and hormonal birth control hinders the functionality of your immune system and you may cause Candida dysbiosis. Candida infections are frequently seen in people with severely compromised immune systems. For example, people struggling with intravenous drug addiction or people with systemic lupus. Candida dysbiosis can also develop if you have cancer and/or are receiving  conventional cancer treatments, including radiation or chemotherapy,  which hinders the functionality of your immune system. Finally, taking proton pump inhibitors and other acid reducing medications for even a few weeks can lead to upper gut Candida dysbiosis as well.

Long-term physical and/or mental stress also interferes with your immune system health and can lead to you developing yeast dysbiosis. Suffering from uncontrolled diabetes can cause or worsen yeast dysbiosis by hindering the functionality of your immune system. Rarely, Candida dysbiosis can be passed from sexual intercourse if the person you are having sex with is suffering from Candida-infected sexual organs (for example, having unprotected vaginal sex with a woman suffering from a Candida caused vaginal yeast infection).

What tests might be beneficial to determine if you are suffering from Candida dysbiosis? Candida spit tests you have read about online that can supposedly help diagnose Candida dysbiosis are inaccurate. An alcohol-fasting challenge test might be useful in diagnosing yeast dysbiosis. During an alcohol-fasting challenge test, sugar is consumed, and a few hours later, alcohol and acetaldehyde blood levels are measured to determine Candida intestinal dysbiosis. Yeast converts sugar into alcohol and acetaldehyde as a source of energy during digestion. Testing D-arabinitol in a urine culture may also be an accurate diagnostic marker of yeast dysbiosis. Finally, stool Candida tests, including Genova GI Effects or a Diagnostic Solutions GI Map test, might also be valid in determining gastrointestinal Candida dysbiosis.

Candida Dysbiosis, What to Do About It

Supplement/Lifestyle Recommendations to Help Detox From Yeast Die Off Mycotoxins:

Molybdenum is used by our body to produce two enzymes, aldehyde dehydrogenase, and aldehyde-oxidase. These enzymes allow the liver to neutralize a potent and otherwise relatively inert toxin (neurotoxin), aldehyde. Yeasts release aldehydes as a byproduct of their cellular respiration, causing the main side effects from yeast die off including brain fog.

Vitamin C is a natural antihistamine and relieves inflammation.

Mild Candida Protocol – Taken for One to Two Weeks

S. boulardii is a type of yeast found on lychee fruit that will compete with Candida and reduce its colonies.

Lactobacilus plantarium is mainly found in fermented foods and has anti-yeast capabilities.

Echinacea has been shown in clinical studies to inhibit yeast.

Lauricidin is just a concentrated supplement of lauric acid which as been shown to have anti-yeast capabilities.

Undecylenic acid has been shown to stop the growth of yeast colonies.

Bee propolis extract has anti-yeast capabilities and is able to dissolve yeast biofilm.

Candex contains enzymes that dissolve the cell walls and biofilm of yeast.

Herbal Candida Protocol – Take for Two Weeks, No More Than One Month

Olive leaf extract contains oluroperin which is known to stimulate the immune system and has anti-fungal capabilities.

Remember to rebuild your gut for two weeks after all symptoms have subsided or treatment has stopped, whatever comes first. Follow the gut rebuilding protocols in the SIBO protocol.